The architectural firm responsible for the construction of the Dimona nuclear plant in the 1960s has released rare photos of the project for the first time.

The architect, Dan Eitan, sent President Shimon Peres the black and white photos to recognize the president’s role in the construction of what originally was called “a Negev civic center” and now officially is known as the Nuclear Research Center in the Israeli Negev.


The Israel Defense website published the photos that were taken during the construction of the reactor, which it noted that “according to foreign reports, manufactures hundreds of nuclear and hydrogen bombs for Israel.”

Pictures that were posted include the library, the water tower and residences as well as satellite photography of the reactor taken from space and a sketch of the plant.

The photos were taken by architect Dan Eitan, and were sent by him to Shimon Peres (current president of Israel) in recognition of the latter’s contribution to the construction of the complex.

Israel maintains a policy of “nuclear ambiguity,” meaning that it does not admit nor deny that it possesses nuclear warheads, although most defense analysts estimate the country has at least 200.

Israel has promised it would not be the first country in the Middle East to “introduce” nuclear weapons in the region.

The Arab world has been pushing for the declaration of a nuclear weapon-free zone in the Middle East as a way to force Israel to divulge its nuclear capability.

Israel questions the usefulness of the Nuclear Non-Proliferation Treaty particularly in light of Iran’s constant denial of circumstantial evidence that leaves no doubt that it is trying to manufacture a nuclear weapon. 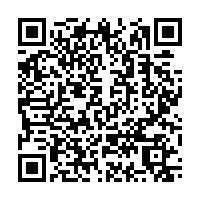