By Nir Boms and Shayan Arya

Last week, more than 250 Iranian steel workers gathered in front of the Supreme Leader’s residence in protest against unjustified layoffs and unpaid salaries. They were not the only ones. Reports from the past week revealed a dozen other such protests and strikes that range from a tire company, cable workers, the cinema association and even employees of Iran’s Ministry of Youth Affairs.

Protests and demonstrations are not that common in Iran; their last wave was met with harsh repression and violence. Now they have spread again and become more brazen. Signs again read “Down with the dictator,” while police used tear gas in an attempt to scare protesters away.

A combination of international sanctions and domestic mismanagement has resulted in rapidly rising unemployment and restive unemployed youth. The worsening economic conditions were also a key driver for the vote for change which took place in Tehran during the last Presidential election. But change is still a long way off.

Rouhani’s victory by such a wide margin was not just a testament to his politics, but seemingly a total rejection of the more conservative candidates more closely aligned with the widely despised supreme leader, Ayatollah Khamenei.

Rouhani’s campaign symbol was a giant golden key, which he waved at rallies to symbolize his ability to open locked doors. To an Iranian electorate all too familiar with locked doors in every aspect of their lives — both domestic and international — even the remote possibility of things getting better was irresistible. But now that Rouhani has been elected, he may find it difficult to deliver on his promise.

Rouhani, to be sure, will face a mountain of problems, even compared to those of his predecessors. Iran’s international isolation has never been so severe. There is virtually no segment of Iran’s economy, or for that matter of Iranian society, that has been immune to the ill effects of the economic sanctions. In less than a year, Iran’s currency has lost two-thirds of its value against the dollar; and even by the most optimistic estimates, inflation is above 30%, with unemployment reaching similar proportions among urban youth.

Iran’s economy is under attack from two major fronts: international sanctions and domestic mismanagement inherent in the Islamic system.

Sanctions are not a new phenomenon there. Previous sanctions were imposed in response to the Islamic regime’s international support for terrorism and Iran’s dismal human rights record. But the more stringent sanctions now afflicting Iran were levied in response to the country’s nuclear program — and these are the crippling sanctions Rouhani needs to undo. To accomplish such a change, a change of policy is required. In addition to the nuclear issue, any negotiations for lifting sanctions obviously need to include Iran’s abandoning support for Hezbollah, its involvement in Syria, its continued support of other terrorist groups, as well as the Assad regime that continues to slaughter its people.

Rouhani’s first challenge is that he does not hold the keys to most of these issues. Iran’s policies on the nuclear issue, the Israeli-Palestinian conflict, international terrorism and supporting the Assad regime are the sole purview of Iran’s supreme leader. No president has ever been able to enter these domains in any meaningful way, let alone alter them substantially; these issues have, in fact, always been sources of tension and discreet friction between presidents and the supreme leader.

Another challenge lies in the United States Congress. As many of the sanctions against Iran have been embedded in laws, it would take a Herculean effort on the part of President Obama to convince the legislative branch to change them. Even if the president were to decide to “trust” Rohani, he would still need to convince Congress. Given the political atmosphere in Washington, it is unlikely the president would even consider risking his remaining political capital on lifting sanctions without being able to demonstrate substantial progress in changing Iran’s course.

A third challenge lies on the domestic front. Here Rouhani must face an endemic system of corruption, in addition to gangs of Revolutionary Guards [IRGC], who have extended their control over almost every aspect of Iran’s economy, government, military and security apparatus. To change that, Rouhani would have to tackle the IRGC and their powerful ally, the Supreme Leader Khamenei, who sees them as his extended arm for controlling Iran and key to the Islamic regime’s survival. 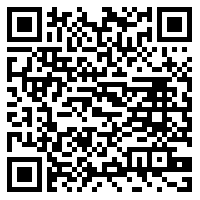