I wonder if I should take seriously what our Prime Minister Narendra Modi has been promising around : zero tolerance to terrorism. So far the successive dispensations in New Delhi have hardly meant what they said on this .

Immediately after India’s Independence, Islamabad sent its armed forces in the guise of tribals (October 26, 1947) to capture Kashmir. Jammu and Kashmir’s Maharaja Hari Singh signed instruments of accession to India ( October 27, 1947). Henceforth, it was the duty of the Indian state to protect this province and its people . The Indian Army was in a position to take care of India’s integrity. Yet New Delhi lost 2/5ths of Kashmir to Pakistan. Ever since then India has suffered a lot at the hands of the jihadists . According to an estimate, since 1980 the jihadists have claimed 1.5 lakh lives in different parts of India.


Ironically, things have improved little in India even in the post- 9/11 landscape. There has of late emerged a plethora of literature on the socio-economic political ideologies, goals , strategies and tactics of the phenomenon of Islamist terrorism. This has led to a near consensus across the enlightened international community that this phenomenon constitutes a great threat to the contemporary enlightened humanity’s shared fundamental rights and values.

In order to combat this threat the world’s leading liberal democracies have come to adopt many new diplomatic , legislative and security measures . New Delhi has, however, done little to address this threat . It seems to have been content with its conventional, stereotype explanation that the terrorism it is confronted with has been conceived, conspired and sponsored by certain elements in the Pakistan establishment and is being perpetrated by them in coalescence with a handful of local elements within India.

As a result of New Delhi’s approach on this issue , the influence of violent Islamists has increased in India over the years . It is well documented that Pakistan-based Lashkar-e-Taiba andJaish-e-Mohammed are seeking accession of Kashmir to Pakistan. They have carried a series of attacks against India. Jaish-e-Mohammed was formed in 1994 after the supporters of Maulana Masood Azhar split from Harkat-ul-Mujahideen. It is the deadliest terrorist organization in Jammu and Kashmir. Lashkar-e-Toiba and Jaish-e-Mohammed have long been branded as terrorist organizations by the United States, the United Kingdom and Australia .

In a video posted last week al-Qaeda chief Ayman al-Zawahiri is said to have vowed to spread Islamic rule and raise the flag of jihad across the Indian subcontinent. In this message the notorious Egyptian cleric Zawahri , who became this outfit’s head after Osama bin Laden was killed in May 2011, termed the formation of al-Qaeda in the Indian subcontinent as glad tidings for Muslims in Burma, Bangladesh, Assam, Gujarat, Ahmedabad and Kashmir.

It would be naïve to overlook the influence such forces have had on the disgruntled elements within India. Recently, in a related Islamist development, Sunni theologian Maulana Salman Nadvi of Darul Uloom Nadwatul Ulama reportedly greeted the self-appointed caliph and head of Islamic State of Iraq and Syria (ISIS) Abu Bakr al-Baghdadi . He also asked the Saudi government to prepare an army of five lakh Indian Sunni Muslim youth to join the new caliph led fight against the Shia militias in Iraq and elsewhere. Besides , some Indian youths called up their families from Syria and confirmed they were fighting for ISIS.

I would suggest New Delhi could better remain vigilant against such fanatic elements at home and abroad . Prime Minister Modi, Home Minister Rajnath Singh , Defence Minister Arun Jetley and Foreign Minister Sushama Swaraj could see to it that all appropriate measures were adopted to deter the Islamists . India may perhaps practise the kind of zero tolerance Israel does in combating Islamist terrorism . 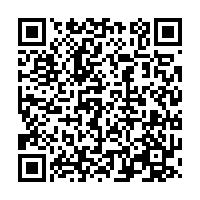