1. This comes from the account of Umar Lee, a Muslim student who was offended by how far Jonathan Brown went in defending slavery and rape.

2. In the era of the campus trigger warning, rape culture and renaming buildings named after slave owners, Brown offered a spirited defense of slavery and rape.

Shortly after I asked Brown my questions about his defense of slavery a woman seated in front of me asked about the permissibility of sex with slaves. Brown emphatically stated consent is a modern Western concept and only recently had come to be seen as necessary (perhaps around the time feminism began to take root and women decided they wanted autonomy over their bodies). Brown went on to elaborate consent wasn’t necessary to moral and ethical sex and that the morality of sex is dependent on the lawfulness of the sex-partner and not consent upholding the verdict that marital-rape is an invalid concept in Islam.

That’s certainly an Islamist view. Not one that is considered remotely acceptable in modern society. And yet the odds of Brown being forced out for airing is virtually nil.

“It’s not immoral for one human to own another human” Brown stated in his clearest defense of slavery. Brown went onto state that being an employee is basically the same as being a slave…

Abraham Lincoln would beg to differ. But this is the logical end result of the various attempts to explain how slavery and sex slavery under Islam were really much nicer than in the West. Brown just took the deranged apologetics to their logical horrifying conclusion.

“Slave women do not have agency over their sexual access, so their owner can have sex with them.”

Brown’s problem here is obvious. If Mohammed allowed slavery, it can’t be wrong. Ditto for rape. He has to find a way to justify an Islamic practice by attacking our value system.

(Bonus points for spotting which global symbol of Islamist oppression and hate is being used by Brown in this screenshot.)

There’s apparently more from him on this Reddit AMA

” Slave rape’ is a tough term to decipher from a Shariah perspective. A male owner of a female slave has the right to sexual access to her. Though he could not physically harm her without potentially being held legally accountable if she complained, her ‘consent’ would be meaningless since she is his slave.”

You can expect feminist protests on campus around roughly… never.

A professor at Georgetown University is teaching his students that men do not need consent to have sex with women, and that slavery is justifiable under Islamic teachings.

Islamic Studies professor Jonathan Brown recently lectured at the International Institute of Islamic Thought, where he shared his alarming beliefs with students in attendance in his lecture, “Islam and the Problem of Slavery.”

IIIT is a prominent endorser of the book Reliance of the Traveller: A Classic Manual of Islamic Sacred Law, an authoritative compendium of sharia written by an eminent 14th-century Islamic jurist. By IIIT’s reckoning, the English translation by Umdat al-Salik is “a valuable and important work” that is highly successful in “its aim to imbue the consciousness of the non-Arabic-speaking Muslim with a sound understanding of Sacred Law.” According to Andrew McCarthy, Reliance “denies freedom of conscience, explaining that apostasy from Islam is a death-penalty offense”; contends that “a Muslim apostatizes not only by clearly renouncing Islam but by doing so implicitly — such as by deviating from the ‘consensus of Muslims,’ or making statements that could be taken as insolence toward Allah or the prophet Mohammed”; “approves a legal caste system in which the rights and privileges of Muslims and men are superior to those of non-Muslims and women”; “penalizes extramarital fornication by stoning or scourging”; endorses the death penalty for homosexuals and for people who make interest-bearing loans; venerates jihad; and exhorts Muslims “to strive to establish an Islamic government, ruled by a caliph.”

So that is what we’re dealing with here. And the various promoters of it are complicit in it. Georgetown has been ground zero for Islamist apologetics.

Brown is using the standard intellectual tools of the left to legitimize the unacceptable. He deconstructs what slavery is.

If we are searching for the phenomenon of slavery, what are we really looking for?  Is it the label ‘slave’ that matters? Or is it the reality of the condition behind it?

Never mind the persistent use of the term “Slave”. All Brown has to do is argue that slaves were well-off under Islam. Better off than some people in America today. This argument rather resembles that of some advocates for the Confederacy.

But never mind that.

After the scandal broke, Brown declared on Twitter, “Islam as a faith and I as a person condemn slavery, rape and concubinage.”

All Brown has to do is redefine slavery, rape, etc and then he can safely condemn it. If Islamic slavery and rape no longer mean owning another human being and non-consensual sexual acts, then Brown isn’t rejecting them.

“And this obsession with thinking of slavery as property it’s [unintelligible]. I think that’s actually a really … odd … and … and … and unhelpful way to think about slavery, and it kind of gets you locked in this … way of thinking where, if you talk about ownership and people … that you’ve already transgressed some moral boundary that you can’t come back from. But I don’t think that’s true at all. Uh, [unintelligible] I’m trying to think about what slavery actually means, and to show that it doesn’t really … the term doesn’t really mean anything. Uh, that it … it that there’s … so many different phenomena that we would lump under this”

” So … the idea of someone who is a by-definition non-consensual sexual actor in the sense that they have been entered into a sexual relationship … in a position of servitude. That’s … sort of … ab initio wrong. The way I would respond to that is to say that … as … I mean this is just a fact. This isn’t a judgment, this is a fact, okay? For most of human history, human beings have not thought of consent as the essential feature of moral … of morally correct sexual activity. And second … we fetishize the idea of autonomy, to the extent that we forget … again, who’s really free? Are we really autonomous people? And what does autonomy mean?”

We’re just so obsessed with autonomy that we think of rape as being wrong. But what does autonomy mean? Does anyone have free will? Let’s define free will before we condemn slavery and rape.

This is the sort of sophomoric garbage that Brown is peddling as justification for rape and slavery. It’s another symptom of how our society can now justify anything as long as it’s politically correct.

Slavery and rape are considered the worst modern evils. But play a little word game and suddenly Islamic rape and slavery are okay. Because they’re not really rape and slavery. Because who are we to say that autonomy even exists.

The final comment goes to Umar Lee who exposed this.

It seems many in progressive media are too PC to call out a Musim professor even when he’s advocating rape and slavery? Wrong is wrong and this is why I have a limited amount of respect for the white-liberal at times. My piece has went viral and unfortunately it’s mostly conservative media that has picked it up. If there is no opportunity to virtue-signal within popular narratives or get a cute selfie it seems the paperclip heroes are MIA. So, just to put a little cherry on top this is from Jonathan Brown of Georgetown Facebook page 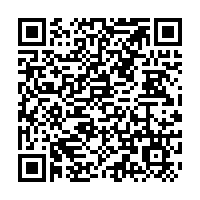