A crowd-funding online campaign facilitated by ZAKA Search and Rescue met a $120,000 target within 24 hours, in an effort to ransom an Israeli man who was facing charges of murdering a taxi driver in a Middle Eastern country, because said driver was about to turn him over to ISIS.

The money was supposed to go to the victim’s family, who would then ask the court to forgive Ben Hassin, a Canadian-Israeli Jewish man who was 21 when he was arrested in 2015. But the money is still in Israel, due to growing suspicions on the part of ZAKA officials that they may not have the whole story.


In January 2017, Israel’s Deputy Minister for Regional Cooperation Ayoub Kara (Likud) told Ha’aretz: “After he was in prison for a year and a half, and when they were going to execute him, his father contacted me and I was able to prevent the execution – on condition that a ransom of $120,000 is paid.”

In late January, 2017, ZAKA answered the call with a crowd-funding online campaign that met the $120,000 target within 24 hours. Since that time, the donated money has been held in escrow, until the ZAKA attorneys were satisfied that the money would indeed be transferred through legal channels and reach its intended target.

However, according to a Wednesday press release issued by ZAKA, “despite the alleged urgency of the situation, after more than two weeks, the family has yet to answer the requests of the ZAKA attorneys, who are ready and willing to transfer the money – but only to an escrow account set up for the agreed purposes, and with proper legal documentation to ensure the money reaches its target.”

Instead, according to ZAKA, the family has only provided details of private bank accounts, or private organizations.

Ayoub Kara, who has since become a full-title minister, told Walla he insists that ZAKA hand over the money, despite their trepidation. “They must understand the constraints,” he said, “This isn’t America.”

“Despite claims by the father to the contrary, ZAKA is in regular contact with reputable bodies in the Islamic country who are working to try and free Ben Hassin or ensure a lighter sentence,” the group’s press release noted, adding that following a personal visit to the accused in prison, it was reported that Ben is in good health.

Israel Hayom on Wednesday published a report based on statements from Ilan Hassin, Ben’s father, who claimed that, after waiting for two and a half months, the victim’s family has given up on receiving the ransom money and informed him that they’re going to trial “even if we pay them millions.”

Ilan Hassin on Tuesday sent an urgent letter to President Rivlin, asking for his help.

ZAKA Chairman Yehuda Meshi-Zahav said in statement: “We were drawn into this story in good faith by the Israel Foreign Ministry and the Hassin family, as a humanitarian organization whose mission is to save those who can be saved. Our donors trust ZAKA to work only through legal and transparent channels to carry out its mission, and therefore we refuse to hand over their money without being 100% satisfied that it will be used for its stated purpose.”

“It pains us that ZAKA’s reputation and willingness to help in humanitarian issues has been exploited,” Meshi-Zahav concluded, “Nonetheless, we continue to monitor the situation through other credible channels on the ground and await the relevant information. If we are not satisfied, then all the monies will be returned to the donors.” 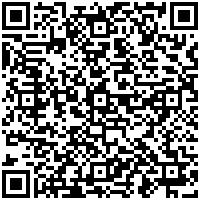