Jewish Voice for Peace is an anti-Semitic hate group which is neither Jewish nor peaceful. It’s a refuge for those who really, really hate the Jewish State. JVP really wants to be seen hating Israel so it’s constantly on the lookout for ways to cash in on the lucrative Israel-hating market. That’s a challenge because anti-Semitic donors have a plethora of hate groups to choose from. There’s If Not Now and J Street and a bunch of other fake Jewish anti-Israel hate groups. So JVP decided to stand out by inviting a convicted Islamic terrorist who had played a role in the murder of Jews.


Because that’s just what you do when you’re evil.

Rasmea Odeh is a terrorist. This is what she was involved in.

The story began on Friday, February 21, 1969 when two unsuspecting Israeli university students, Leon Kaner, 21, and Edward Jaffe, 22, stopped at a Jerusalem supermarket to pick up some last minute provisions for a hike the two were planning to take. They never made it and were blown to bits by a bomb placed in coffee cans on a shelf. Nine others were injured in the blast. Jaffe and Kaner, as well as the nine injured civilians, were targeted for no other reason other than the fact that they were Jews with the temerity to live in their ancestral land.

The terrorists had chosen Friday to carry out their act of depravity because they knew the supermarket would be packed with civilians shopping for the upcoming Sabbath. It was their intent to cause a bloodbath and inflict maximum civilian casualties. In a testament to Israeli resiliency, the supermarket, belonging to the “Supersol” supermarket chain, opened for business just two days later.

Jewish Voice for Peace invited her to speak. Then there was outrage. And JVP tried to play innocent. Here are some of the anti-Semitic hate group’s best excuses.

1. According to Naomi Dann, JVP’s spokesthing, the controversy came as a surprise. “We invited Rasmea as a local leader. We’re a grassroots organization and we value grassroots leadership, so we reached out to her because of that.”

Next up on JVP’s grassroots invite list. The KKK.

2. Dann emphasized that Odeh is only one part of the JVP conference.

3. “This is a chance for us to look at systems and trends and building systems to fight back and work for justice for all people.”

Except the Jews being murdered by our political allies. Cue Rebecca Vilkomerson, head of the JVP hate group.

4. “That Rasmea Odeh was convicted — and therefore labeled a “terrorist” — evades the awful truths and broader context of what military rule actually does to the people under its control.”

The murder of 2 Jewish college students requires a whole lot of awful context to make it more palatable. This is how JVP sounds like Holocaust deniers.

5. “To be clear: at JVP we mourn the loss of all life, and condemn all forms of violence against all civilians,”

To be clear, JVP equates the racist murder of Jews with Jews defending themselves against JVP speakers. While JVP is slightly sad when anyone dies, it only invites the progressive murderers of Jews to its conferences.

6. “We can decry all acts of violence against civilians, and also understand —that from Nelson Mandela to Assata Shakur — the label of terrorist is far from neutral.”

What does a terrorist even mean? Wasn’t George Washington also a terrorist? JVP seems to get its best ideas from Anwar Al-Awlaki speeches.

7. “In both Israel and the U.S., the accusation of terrorism is used to stoke fear,”

In JVP circles, the existence of Israel is used to stoke fear.

8. “It may give readers who were horrified by the appointment of Jeff Sessions, who has a long history of being accused of racism, as Attorney General pause to consider that Odeh is giving up her fight to retain her United States citizenship because she does not believe she can receive a fair trial under the current administration.”

Odeh was convicted under Obama.  But sure, Trump, Sessions, come on we’re all pals here. Odeh is just another member of the #Resistance.

9. “Odeh’s plea bargain will force an almost 70-year-old woman to give up her citizenship and leave her long-time home and community.”

Odeh’s terrorism took the lives of young men who never even reached middle age, let alone 70. She’ll head off to be celebrated for her crimes. And I’m sure JVP was equally concerned about Nazis who lied on their paperwork and were deported. Or does Jewish Voice for Peace believe that some murderers of Jews ought to be more privileged than others?

10. “. We are honored to hear from her before she is uprooted again.”

Yes, JVP will still a host a terrorist.

11. “No one yet knows where she will go, since she cannot return to her homeland, like millions of other Palestinians.”

Yes, the Saudis are mean that way.

“We are proud to host Rasmea Odeh as one of many speakers from whom we can learn from about grassroots leadership in struggles for justice in these very difficult days.”

Maybe she can share a few final tips for JVP members how to bomb Jewish supermarkets before the Shabbat. 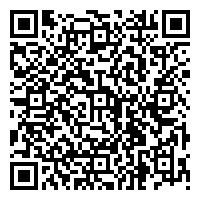