According to Abbas, he hardly ever communicates with Prime Minister Benjamin Netanyahu.

Abbas surprised his guests by telling them that President Donald Trump’s envoys had offered him a political program based on a Palestinian-Jordanian confederation. Abbs told the Americans he would join such a confederation only if Israel became part of it, too.

MK Mossi Raz told Channel 2 News that Abbas “reiterated his commitment to the two-state solution, and a peace agreement within the 1967 borders that includes a territorial exchange and a just and agreed solution to the refugee problem.”

“I once again realized that there is a genuine partner in Ramallah, and I am hopeful such a partner will be found in Jerusalem as well, and that the attempts to create a false impression that the only option is to live on our sword will end.”

Ma’an covered the event on its Arabic website but not in English, and WAFA, the PA official news agency, had nothing to say about it. 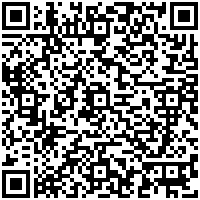