In the 1980s, I was an unrefined adolescent from blue-collar Butler, Pennsylvania. I knew nothing and cared nothing about politics. I had no idea if I was a conservative or a liberal, Democrat or Republican, or much of anything else.

But I knew one thing: Muammar Khaddafi was a bad dude.


And now, three decades later, and some 40-plus years after coming to power, he is gone, dispatched to the ash heap of history with other murderous terrorists and dictators: Osama bin Laden, Saddam Hussein, Pol Pot, Mao, Stalin, Hitler, Lenin.

I will not here add to reports of how Khaddafi met his final fate, but I would like to share a valuable piece of information that was revealed to me by Bill Clark, Ronald Reagan’s right-hand man and national security adviser when Khaddafi was ramping up in the 1980s.

It was early 1981. President Reagan had just been inaugurated. Alexandre de Marenches, the director of France’s external intelligence agency, SDECE, came to the White House with a highly sensitive plan to remove Khaddafi. The plan was to assassinate the Libyan dictator during a parade, by use of an explosive device placed near the reviewing stand.

“Our answer,” said Clark, “was that we understood their feelings toward the man, but we don’t do assassinations.”

That was because there was an executive order banning assassinations, first signed by President Gerald Ford and supported by President Carter. The Reagan team had no intention of violating the order as one of the first acts of the new administration.

“He came over to the U.S., probably in early February 1981,” said one source, a high-level CIA “operations” person. “His interlocutor was Vice President Bush. The purpose of the visit was to discuss the removal of Khaddafi. He came to try to get us involved operationally in the plan…. He wanted not just our moral or political support but to get us involved in the actual operation.”

This same source pointed to the “Safari Club,” which was a group of countries – France, Egypt, Saudi Arabia, Morocco, and the Shah’s Iran – that had banded together for two primary purposes: 1) to fight the spread of Soviet communism in Africa; and 2) to counter Khaddafi, particularly his adventures in neighboring Chad.

The group was formed by intelligence ministers in the mid-1970s, and de Marenches was its catalyst. The group was appalled by America’s unwillingness to no longer stand up to the Soviets; it was post-Watergate, post-Vietnam, Americans had elected an incredibly liberal Congress, and Jimmy Carter was president. The Club sought to fill the vacuum.

De Marenches’ offer concerning Khaddafi was consistent with the concerns of the Safari Club.

As an indication of the confidential nature of his overture, de Marenches did not discuss his offer to the Reagan administration in either of his 1986 and 1992 books. But he did note yet another intention to kill Kaddafi: He said that on March 1, 1978, Egyptian president Anwar Sadat had asked de Marenches for help in “disposing of him [Khaddafi] physically.”

Think of the irony here, and how tragically history unfolds: It was Sadat who would be assassinated, in October 1981. He was killed at a reviewing stand at a parade, shot by Islamists for his “crime” of making peace with Israel.

While Sadat died, Khaddafi was permitted to live. Sadat made peace. Khaddafi left a trail of blood and violence.

And here’s another irony still: Just weeks after de Marenches’s offer to Reagan to assassinate Khaddafi, Reagan was shot, on March 30, 1981, and nearly bled to death. 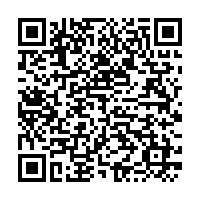