Thank you for your article in the Forward entitled “Losing Zuckerberg – Why Did Facebook King Move Away From Reform Judaism?” In the article you lament the intermarriage of Mark Zuckerberg and ask why a young man who comes from an affiliated Reform background would call himself an atheist and choose to marry out of our nation.


Poignantly you write: “For those in the Reform movement and for those who are committed to non-Orthodox American Judaism generally, we need to take the sudden interest in Zuckerberg’s personal life as an opportunity to perform cheshbon hanefesh, to take an accounting of our accomplishments and, as in this case, our failings.”

As one who taught Reform Hebrew school for many years at the flagship Temple Emanuel in Manhattan, I agree with your concerns that Reform Judaism is too lax, too undefined, as you write: “We failed Zuckerberg and will continue to fail young people like him because the pluralistic theologies of Reform Judaism articulated since the 1960s make it difficult to grasp what we Reform Jews believe on any given issue. Our faith is too amorphous… we have lost our way, ignoring scholarship in favor of any type of “spirituality,” no matter how vacuous.”

Indeed. Even in your own article you admit that as a Reform Rabbi you would not be comfortable asking a congregant to observe some form of the Sabbath or even refrain from marrying a non-Jew. These are two Jewish fundamentals, one dealing with the culture of Judaism, the other with the perpetuation of our nation, yet you feel powerless to call for adherence. And as a result, a young Jew whom you train grows up to be less of a Jew and more of a secular humanist and is it a surprise when you raise a secular humanist that he or she looks to marry a co-religionist of that faith and not the Jewish one?

But my critique is not about Reform’s rejection of classical Judaism, because that polemic has been hashed out time and again.

My argument is that in our times there are two separate tracks of Jewish continuity: Traditional Judaism and Zionism. The real failing of Reform Judaism is that it rejected both of them. You can reject one and still survive, but you can’t reject both and make it.

To remain Jewish in America, without the external aid of anti-semitism, there needs to be a glue which keeps ideology and peoplehood at the forefront of a young Jewish mind. The traditional Torah world has strong ritual, ideology and a social matrix within the community, making intermarriage almost impossible. But an American Jew who lacks tradition does not have much to separate him or her from a philo-Semitic American gentile and he or she is likely to end up marrying one.

So the question stands: barring the super-success of Chabad and other such religious movements on campus, what can deliver powerful Jewish identity to millions of young American Reform Jews?

Your conclusion, Rabbi Dana, is that Reform Judaism needs a new infusion of Judaism: “We need to ask ourselves why he [Zuckerberg] is apparently not committed to the God of his ancestors, and to take drastic steps to rebuild our religious ecosystem.”

I applaud your sentiment, but I am skeptical. Do you really think the Reform movement will abide a “Kosher-style” surge? And even if that infusion comes, do you think that it will be attractive to young people? Conservative Jewry, ostensibly more traditional, has not fared much better than Reform.

Permit me to suggest that there is a more natural and faster track to keeping young Reform Jews Jewish. Instead of trying to rebuild a ‘religious ecosystem’, how about steering our youth to take part in the rebuilding of the physical and social ecosystem of our people in our ancestral homeland? In other words, instead of pushing more Judaism in the Reform world, why not push more Zionism?

There is a future for Reform youth in Israel. In Israel, you can be a secular humanist and still remain Jewish because you will marry Jewish. Moreover, secular Israelis do not remain Jewish only by virtue of living in a Jewish society that is rejected by the neighboring gentiles. Being a secular Israeli is very much a Jewish cultural identity. Most secular Israelis connect to the beautiful narrative of being Israeli, fighting in the Israeli army, getting married under a Chuppah, having a family Seder, and building a home in the land of Israel. 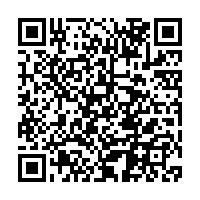