On the heels of the United Nations condemnation of Jewish settlements in what it calls “occupied Palestinian territory, including East Jerusalem,” Donald Trump attended Christmas services at a church named after a Jewish site in that very same part of Jerusalem.

The president-elect and his wife, Melania, spent Christmas morning at the Church of Bethesda-by-the-Sea, in Palm Beach, Florida, which is named after its founder’s former congregation, the Episcopal Bethesda Church in Saratoga Springs, New York.

Why “Bethesda”? The name is not merely a curiosity, but reflects an important historical phenomenon with implications for U.S. foreign policy today.

The Bethesda church in upstate New York was named after a pool of water (famed for its healing powers) located in eastern Jerusalem, an area where many Jews lived in ancient times, as they do today.

Bethesda is mentioned both in the Hebrew bible (in the books of Isaiah and Kings) as well as the New Testament (in the Gospel of John).

There are, in fact, thousands of churches and towns throughout the United States named after sites and settlements located in what the UN considers “occupied Palestinian territory,” but which the Bible describes as Jewish territory.

Within a 40-minute drive of the Bethesda church in Saratoga Springs, there are towns named Hebron, Bethlehem, and Ephrata (today it’s called Efrat, and is one of the largest Jewish communities in the disputed territories).

Elsewhere in New York State there are towns named Jericho, Moriah (eastern Jerusalem again), and Bethel, among many others.

There are Hebrons in Connecticut, Illinois, and Kentucky. There are Jerichos in Arkansas, Indiana, and Vermont. There is an Ephrata and a Tekoa in Washington State. The list goes on and on.

The only state that does not have at least one town named after a biblical location is President Obama’s home state, Hawaii. Perhaps that fact adds a touch of irony to the outgoing president’s decision to refrain from vetoing the UN resolution condemning Israel.

America’s earliest settlers often chose biblical names for their settlements as a reflection of their deep attachment to Scripture. In modern terminology, they would be called “Christian Zionists.” They prayed for fulfillment of the biblical prophecy concerning the mass ingathering of the Jewish exiles to Jerusalem. They were profoundly aware of the 3,000 years of continuous Jewish residence in the Holy Land.

And certainly they were cognizant of the fact that the most famous “Jewish settler” of all lived, preached, and was crucified in the territory that the UN says should be awarded to the Palestinian Arabs. Joseph and Mary, too, were “Jewish settlers”: they resided in Bethlehem, and Mary once spent three months visiting relatives in Hebron (Luke 1:39-55).

The Presentation of Jesus, as it is known, took place in “occupied territory”: Joseph and Mary brought baby Jesus to the Temple – in what is today called eastern Jerusalem – for a Jewish religious ceremony. The Temple was situated on the elevated area known as the Temple Mount, where the Muslims’ Al Aqsa Mosque and Dome of the Rock today stand. (There were no Muslims at the time of Jesus; Islam was not founded until some 600 years later.)

Many of the key events of Jesus’s ministry and final years took place in areas where the UN now says Jews have no right to live, such as the Judean desert, where the “forty days of temptation” took place. Jesus again traversed the Judea region to reach Jerusalem for what would be his final ministry.

The Via Dolorosa, with its nine Stations of the Cross, is situated there as well. So is the traditional site of the crucifixion, where the Church of the Holy Sepulchre now stands.

The powers-that-be at the United Nations do not seem to care very much for what the Hebrew Bible or the New Testament say. But many millions of Americans do. Trump’s visit to Bethesda-by-the-Sea was not intended to have political implications, but the name of the church is a timely reminder of the centuries-old bond between America and the Holy Land.

If the president-elect follows through on his pledge to implement a “very different” American policy toward Israel, he will be reflecting a perspective that actually is deeply rooted in America’s history. 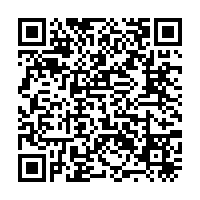