Saturday afternoon. Home from shul. Feeling euphoric because I spent the morning davening before enjoying a delightful Kiddush.

Now, having changed into more casual clothes and having had pleasant conversations with family members, I sit on a couch. I read a little bit and I think.


I do this every Shabbos. It’s my Shabbos routine. As I gaze out a window my mind goes off in all directions but I usually start by reflecting on my past – my childhood, my family, places I’ve lived or been to, friends through the years, departed ones, and so forth. It’s nostalgic in both comforting and sobering ways.

After I’ve reviewed my life for a few minutes I wander into deeper territory. It can be the meaning of the week’s parshah, Torah values, Jewish history, anti-Semitism, the human race, the world situation, the future – there’s a whole array of things I contemplate.

A subject I frequently revisit is one I find so bewildering: Creation. How everything came to be and why everything is the way it is.

Majestic, enigmatic, and infinitely awe-inspiring in its grandeur, the universe is a work of art. Its canvas is an unfathomably large firmament, and with a billion trillion stars and a hundred billion galaxies and swirling dust and gases and spinning planets and inferable but unobservable dark matter it’s not just a celestial extravaganza but an inscrutable magnum opus.

The universe is living and growing, with gravity keeping planets and stars and galaxies from falling through space and letting them orbit or rotate or move in wondrous synchronicity.

And of course the breathtaking beauty of our world, with its magnificent variety and abundance of nature and life is awe-inspiring in its own right.

The very existence of human beings – with thoughts, intelligence, imagination, creativity, emotions – affirms my belief in the Almighty. Scientists have their hypotheses for how human life developed but is it not inevitable that a universe with intelligent design would contain intelligent life therein?

Cosmologists adhere to the laws of the universe and base their work on observational data to come up with all sorts of theories as to the origin and development of the universe. General relativity, quantum mechanics, and string theory are all impressive but I think they fail when it comes to looking at the big picture – the “why” of everything.

Why did the universe form? Why are there laws of the universe? Why were conditions just right for life on earth? Why do we have everything we need to help us survive and thrive and realize our dreams?

I try not only to imagine the genesis of it all – with blinding blasts of light and supersonic booms and vivid kaleidoscopes of celestial patterns, phenomena, and colors – but also to view it through the prism of our Torah.

I attempt to seek affirmation of a Supreme Being by contemplating how certain natural phenomena could be divine hints of what we humans are capable of achieving.

For example, the bright orb of the sun may tell us we can create a light bulb.

And visual stories of dreams may tell us we can put images on a plane other than the mind – a screen, for example, as we do for motion pictures.

And the mind with its intricacies of neurons and synapses and the networks in which information is transmitted may tell us we can invent computers.

Could it be just an accident that nature may be used as a metaphor for inventing or is the Almighty trying to help us out?

After a while I’m in a tizzy. I’ve enjoyed my Sabbath ruminations but my inability to crystallize it in more than abstract terms makes my head whirl.

It’s time for my Shabbos nap. 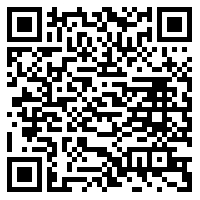