The big headline in pre-election Israel this week has been the uncharacteristic decision by the Netanyahu government to exercise its powers to govern. Specifically, much too little and much too late, Netanyahu has decided to challenge the leftist hegemony over the awards of the “Israel Prize.” The leftist media in Israel are aghast. Labor and Meretz politicians are filing official complaints with the State Comptroller.

The largest problem of Likud governments ever since the first time the Likud won an election has always been the unwillingness of the Likud to govern. Likud leaders have always been afraid to exercise their right to rule. Simply winning an election was not deemed sufficient. Instead, they have generally tried to co-opt the Left, perhaps hoping that this will make them popular with the media, largely the occupied territory of the Left. Likud governments have always financed the institutions of the Left while in office, including the kibbutzim, the leftist colleges and universities, and the Histadrut. Likud governments have appointed a long series of Attorney Generals who are more leftist than those appointed by Labor governments. And for decades the Likud turned hegemony over the award of national prizes to academic representatives of the Far Left sitting in prize commissions. The Likud seems to have feared being accused of being philistine or unsophisticated if it exercises its right to govern with regard to these prizes and prevent their being awarded to anti-Israel far Leftists.

The Israel Prize is supposed to be the most prestigious national prize in Israel, awarded in a wide number of areas for various disciplines. While in Israel’s early decades the prizes were awarded for merit, in recent years the prize is very often granted to far-leftist anti-Israel radicals from various fields, especially in the areas of political science, literature and film. In technical areas, like physical sciences, in Judaism or Bible research, and in a few other esoteric fields, the politicization has been minimal.

The prizes are nominally under the power of the Ministry of Education, but in reality there are unelected public committees of “judges” who decide upon the awards, and these committees are generally dominated by the academic Left. Ultra-leftists have been more likely to be granted the prize under Likud governments than under Labor governments. Sometimes this is because the Ministry of Education under Likud governments is controlled by non-Likud coalition partners, such as was the case recently, where the minister was from Yair Lapid’s Yesh Atid party. But things were no better back when Likudnik Limor Livnat was the Minister. Once in a blue moon, right-wingers have gotten the prize, mainly just in two exceptional instances, one for a rightwing rabbi and one for the one-time Knesset Member Geula Cohen.

A fast review of some of the more outrageous Israel Prize awards in recent years will illustrate the point: 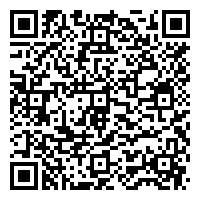