The land that runs along the edge of the southern end of the Dead Sea, near a certain section close to Masada, is soft and white. Although there are steep mounds of chalky white deposits that seem to stand guard along a path that moves inward towards the cliffs that rim the sea, they too are brittle, delicate and soft. They crumble at a touch.

One can climb those mounds, reach the top and then slide down just for fun. Desert tour guides sometimes take their private clients there to do just that – especially if there are children along for the tour.


The entire area, you see, was actually an ancient seabed. So it should come as no surprise that the remains of what may have been the Leviathan were found in southern Israel, researchers announced Tuesday.

Thirty fossilized remnants of the Elasmosaurus, described by Dr. Sarit Ashckenazi-Polivoda in an interview with The Jerusalem Post as the “cousin of dinosaurs” were found in the Arava Valley between 2012 and 2014.

During the period from which the fragments came – some 85 million years ago – the area was covered in ocean water 200 meters deep, the researcher said. “All of Israel was under water until 20-30 million years ago,” she told the Post. “The sea had a lot of algae and plankton that bloomed then, that attracted a lot of fish that fed on the algae, which the reptile ate.”

No one knows how or why the creatures from that period became extinct, but they disappeared about 66 million years ago, she said. Global changes such as volcanic eruptions that warmed and cooled the environment and caused changes in the ocean, as to the fish and algae, certainly could have contributed.

A dinosaur footprint was also found in Jerusalem in the 1980s, she said, and a 75 million-year-old reptile skeleton was found in the Negev in 2005.

The Elasmosaurus remains are currently on display at Hebrew University. 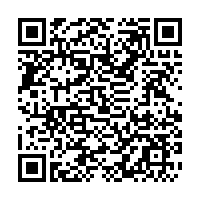