On June 22, 2014, B’Tselem initiated a campaign in response to Israel’s military operation to locate the three kidnapped teenagers and weaken the Palestinian terror infrastructure in the West Bank. In it, B’Tselem accuses Israel of “cynically exploiting the deep concern for the abducted teens” to “implement sweeping actions which intensify harm to the human rights of Palestinians.”

The title of the campaign,”Hitching a ride,” is itself an immoral and cynical exploitation of the circumstances of the kidnapping, which apparently occurred while the teens were hitchhiking.  B’Tselem also created a poster to accompany the campaign, featuring pictures of Prime Minister Benjamin Netanyahu and Defense Minister Moshe Yaalon – reflecting the NGO’s partisan, political agenda.

In addition to its own campaign, B’Tselem joined 10 other Israeli political advocacy NGOs in a public letter falsely accusing Israel of “unnecessary violation of basic rights and collective punishment.”

The campaign has been met with strong criticism in Israeli mainstream and social media for B’Tselem’s profound insensitivity to the victims’ families, its refusal to recognize the inherent legitimacy and legality of Israel’s military operation and tactics, and its apparent disregard for Israeli public opinion.

Political advocacy NGOs often deliver unpopular messages to governments and the public at large. However, rarely do they do so in the most offensive way possible, with posters and slogans that more closely resemble political attack ads than human rights campaigns. Given B’Tselem’s politicized claims and campaigns, which do not adhere to universal human rights principles, it is no surprise the Israeli public questions B’Tselem’s credibility. 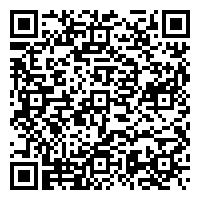