One of the rockets launched from Gaza earlier this evening landed short, striking within the Gaza strip instead of Israel.

That rocket hit and killed a 3 year old Gazan girl and wounded three more people, according to a report in Arutz-7.

Most of the other rockets launched at Israel were taken down by Iron Dome.

Is It Proper…? For bar mitzvah boys: Should you give them a sefer in Hebrew, which they may not be able to read for... 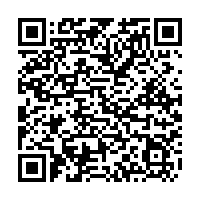