This morning we woke up to a treat. Our favorite piece-partner began renewed negotiations with a formal policy declaration. Abbas, aka Abu Mazen, president of the PA: “In a final resolution, we would not see the presence of a single Israeli – civilian or soldier – on our lands.”

This is not the first time he’s made such as statement. Back in 2010: “We have frankly said, and always will say: If there is an independent Palestinian state with Jerusalem as its capital, we won’t agree to the presence of one Israeli in it,” Abbas told reporters in Ramallah.


Only a couple of weeks ago: Mahmoud Abbas honored terror leader with “Star of Honor” decoration: Nayef Hawatmeh is the leader of the Democratic Front for the Liberation of Palestine (DFLP). The DFLP carried out many deadly terror attacks, including the killing of 22 schoolchildren and 4 adults after taking them hostage in Ma’alot, the killing of 9 children and 3 adults in an attack on a school bus, the killing of 7 in a Jerusalem bombing, the killing of 4 hostages in an apartment building in Beit Shean, all of which took place in the 1970’s…

In addition, Israel continues to release terrorists. According to an article in HaAretz by Nadav Shragai in 2007: Palestinians released in previous gestures killed 177 Israelis… 6,912 militants were released between the years 1993 and 1999, and nearly 80 percent of them returned to terrorist activity.

And tomorrow: A delegation of senior members of the Palestinian Authority are scheduled to come to the Knesset, Wednesday.

Let’s not fool ourselves. Everything is up for grabs. Beginning with Hebron, Beit El, and Elon Moreh, onwards to Jerusalem and finally, Tel Aviv, Beer Sheva and Haifa.

“Our final aim is the liberation of all of historical Palestinian, from the river to the sea, even if the conflict continues for a thousand years, or for many more generations.” So declared the ‘great palestinian stateman, Faisel Husseini, shortly before his death in 2001.

“Husseini characterized the Oslo accords as a Palestinian Trojan horse that established the PLO and its chairman Yasser Arafat in the territories – an ambush of sorts that paved the way to the present Intifada.”

This is who we are dealing with, and what we have waiting for us. Clear as day.

This being the case, the time has come to clarify positions. I’ve been working as an official spokesperson for Hebron’s Jewish community for about 18 years. I have never said that in order for Jews to continue living in Hebron, the city must be rid of its Arab population.

However, we live on a two-way street. If it is considered racism to speak of transfer, or expulsion of Arabs, so too is it racism to discuss transfer, and expulsion of Jews. If is permissible to contemplate moving Jews off their land, so too it is permissible to contemplate moving out Arabs. If it is forbidden to speak about ejecting Arabs, so too it is forbidden to speak about expelling Jews from their land.

And not only in Hebron. And not only in Judea and Samaria. Rather, in all of the state of Israel. If the president of the PA can express his opinion, that any future ‘state of palestine’ will be Judenrein, why should Israel agree to host any Arabs in our state? If the so-called ‘state of palestine’ will not have any Jewish or Israeli citizens, why should Israel allow any Arabs to participate in our Knesset, our parliament? There are Arab MKs representing Hamas, Hizballah, Syria, and the palestinian authority, working passively and actively against the State of Israel. Arab MK Haneen Zoabi was a participant on the Gaza flotilla Mavi Marmara, assisting terrorists attempting to kill Israeli soldiers. Former MK Azmi Bishara fled Israel shortly prior to being arrested for treason for the passing military secrets to the enemy during the war in Lebanon. MK Ahmad Tibi: No Apologies For Being a ‘Palestinian Patriot’ – “I’m a Palestinian patriot whether you like it or not.”

Israeli MKs to aiding and abetting the enemy; Abbas doesn’t want us. Fine. Then we don’t want them too.

Live From Hebron with Baruch Marzel

Jewish Press Radio with Yishai Fleisher: From Caleb to Today

‘To Secular Israelis, Hebron Jews Are A Pain’: An Interview With Professor Jerold Auerbach 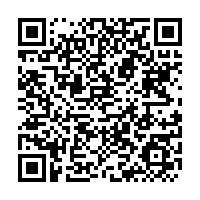