There is an e-mail which has been circulating and is no doubt now the talk of Shabbos tables everywhere:


The Jewish calendar repeats on a 19 year cycle, and Thanksgiving repeats on a 7 year cycle. You would therefore expect them to coincide roughly every 19×7 = 133 years. Looking back, this is approximately correct – the last time it would have happened is 1861. However, Thanksgiving was only formally established by President Lincoln in 1863. So, it has never happened before. Why won’t it ever happen again? The reason is because the Jewish calendar is very slowly getting out of sync with the solar calendar, at a rate of 4 days per 1,000 years. This means that while presently Chanukah can be as early as 11/28, over the years the calendar will drift forward, such that the earliest Chanukah can be is 11/29. The next time Chanukah falls on 11/28 is 2146, which is a Monday. Therefore, 2013 is the only time Chanukah will ever overlap with Thanksgiving.

Of course, if the Jewish calendar is never modified in any way, then it will slowly move forward through the Gregorian calendar, until it loops all the way back to where it is now. So, Chanukah would again fall on Thursday, 11/28…in the year 79,811. So on November 28th, 2013, enjoy your turkey and your latkes. It has never happened before, and it will never happen again.”

This is all very interesting, except for one “minor” detail—the first night of Chanukah is not on Thanksgiving, but the evening before, Wednesday, November 27th.Eating turkey and latkes together after having eaten latkes by themselves the night before may be a one-time event, but I think one has to take the author of the e-mail literally about wanting to eat turkey and latkes together, which means that a Friday as the first day of Chanukah also works since the first night is then Thanksgiving. This was the case in 1918 and will be again in 2070, and this year also qualifies being that the second night of Chanukah is Thanksgiving. A couple of other errors: Thanksgiving cycles through its November 22- 28 date range every 5.8 years, not every 7 years, due to leap year. And November 28th is not the earliest possible first day of Chanukah—November 27th is (as it was in 1899, although that year it was on a Monday and would not have coincided with Thanksgiving.)

One sees from this that people will often make a proclamation about a rare event without sufficiently checking their calculations. In 2006, while assisting Rabbi David Niederman with the Metzitza B’Peh (MBP) case, a former mathematics professor of mine, John Paulos (a Greek- Jewish American), pointed out a 1997 case in England in which a mother was accused of murder after the second of two consecutive crib deaths. The prosecution claimed that the odds of such an event were 73 million to one, for an occurrence of once in a century. Based on this, the jury found the mother guilty of murder. A mathematical analysis by others who sought to exonerate the woman showed that the correct odds are about 100,000 to 1 and that in fact several documented cases of consecutive crib deaths occur in England every year (see here.) The author proceeds to demonstrate that, since murders of children are even rarer than crib deaths, the probability of the two babies having died by natural causes is greater than 2/3.

Similarly, when I analyzed the MBP data, I found that the odds of one mohel being associated merely by coincidence with three cases of herpes simplex virus (HSV) are 15 to 1, not the 6.9 million to one that the New York City Department of Health & Mental Health claimed. In addition, I determined that the 7 cases of HSV out of approximately 62,000 MBP circumcisions between 1988 and 2005, for a rate of 0.011%, was lower than the 0.028% perinatal HSV rate for the general population and thus has no statistical significance. I also pointed out that an indiscriminant, reckless person who is HIV+, for example, will infect several others rather quickly. If the mohel in question were really HSV infectious, wouldn’t he, who circumcises one or two babies every day, have infected 3 babies very quickly and dozens of babies by what turned out to be the third case? (The odds of their having been 500 clean circumcisions between the first and third cases of HSV are 300,000 to 1.) Wouldn’t the same apply to the mohels connected to the other cases? The statistical analysis shows that all of these mohels, including the one in question, do not fit the pattern of serial infectors. As with the “turkey with latkes” e-mail cited at the beginning of this article, one needs to have one’s facts straight before making proclamations about rare events. 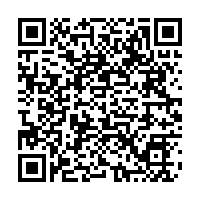