Official Palestinian Authority TV interviewed and honored a female terrorist who killed two Israelis, calling her “the great female fighter, who shines” and “a giant of the struggle.”


The terrorist, Aisha Odeh, murdered two Israelis in 1969, by placing two bombs in a supermarket in Jerusalem. She was sentenced to two life sentences but was released in a prisoner exchange in 1979.

PA TV chose to glorify the murderer of two Israelis at the time of peace talks between Israel and the Palestinians.

PA TV host Manal Seif: “Palestinian Media Watch… slandered these heroes and claimed that they are terrorists… if they see all these prisoners as terrorists – we see them as heroes.”

The following is a longer excerpt of the interview with terrorist Aisha Odeh, on the weekly PA TV program for and about prisoners In a Fighter’s Home:

Terrorist Odeh: “I joined the armed activity and we carried out an operation in Western Jerusalem on Feb. 22, 1969… I received two life sentences…”

Terrorist Odeh: “We placed two bombs. One bomb exploded and one bomb was discovered a few moments before it exploded. Of course two were killed and 10 were wounded.”
[Official PA TV, Aug. 27, 2013]

Aisha Odeh – was sentenced to two life sentences and another 10 years for placing a bomb which killed 2 in a supermarket in Jerusalem on Feb. 22, 1969. She was released in a prisoner exchange deal in 1979.

Abbas Al-Sayid is serving 35 life sentences for planning two suicide bombings, one in 2002 at a Passover dinner, killing 30 Israelis, and another in 2001, killing 5 and wounding 100.

Palestinian Authority Prepares for Peace: ‘There’s No Such Thing as Israel’ Arab Children Are Told 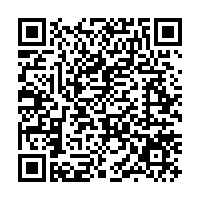