Talk about a confederation between the Palestinians and Jordan has once again resurfaced, this time after a series of unofficial meetings in Amman and the West Bank in the past few weeks. Jordan, fearing that such confederation would end up with the Hashemite kingdom transformed into a Palestinian state, is not currently keen on the idea.

Many Palestinians have also expressed reservations about the idea. They argue that a confederation could harm their effort to establish an independent Palestinian state in the West Bank, East Jerusalem and the Gaza Strip.

The confederation talk returned during a recent high-profile visit to the West Bank by former Jordanian Prime Minister Abdel Salam Majali. During a meeting with representatives of large Palestinian clans in Nablus, Majali voiced his support for the confederation idea, saying it was the “best solution for both Palestinians and Jordanians.”

In a rare moment of truth, Majali admitted that the Palestinians were not “fully qualified to assume their responsibilities, especially in the financial field, in wake of the failure of the Arab countries to support them.” So Majali is basically telling the Palestinians: “You can’t rely on your Arab brothers to help you build a state. Jordan is the only Arab country that cares about you.”

Some Jordanians said this week that Majali was speaking only on his behalf and that his views did not represent those of Jordan’s King Abdullah or the government. They pointed out that the last time Majali met with the monarch was four months ago, when King Abdullah visited him in the hospital where Majali was being treated.

Still, it is hard to believe that such a senior figure as Majali would have advocated the confederation plan without having first received some kind of green light from the royal palace in Amman.

Let us remember that Jordan has a history on this issue. In 1988, the late King Hussein “divorced” the West Bank, announcing that the kingdom was cutting its administrative and legal ties to the territory that had been under its control until 1967. Of course, the king had good reason to renounce any claim to the West Bank: the First Intifada had just begun and the Palestinians in the West Bank were considered “troublemakers” that he did not need in his Palestinian-majority kingdom.

Thus we see why many Jordanians remain opposed to the confederation idea. A study published in 2014 shows that the Jordanian public was against the idea.

According to the study, the Jordanian public is totally opposed to the idea, even after the establishment of an independent Palestinian state in the West Bank, Gaza Strip and east Jerusalem. The Jordanians fear, among other things, that the confederation would lead to the “dilution” of the Jordanian identity, create instability and undermine security in the kingdom.

Jordanian columnist and political analyst Fahd Khitan echoed this fear by declaring that the confederation idea “means suicide for the Hashemite kingdom.” Noting that many Palestinians were also opposed to the idea, even after the establishment of an independent Palestinian state, Khitan said that mutual confidence between the Palestinians and Jordanians has deteriorated, particularly in wake of the recent controversy over the installment of security cameras at the Temple Mount in Jerusalem.

Under a U.S.-brokered plan, the Jordanian government was supposed to install the cameras at the holy site as a way of easing tensions between Palestinians and Israel. The controversy had erupted over Jewish visits to the Temple Mount. However, the Jordanians were forced a few weeks ago to abandon the plan after Palestinian opposition and threats. The Palestinians claimed that Israel would use the cameras to arrest Palestinians who are stationed at the Temple Mount with the mission of harassing Jewish visitors.

“The Palestinians in the West Bank and Gaza Strip are not just residents who can be incorporated into this or that country,” Khitan explained in his rejection of the confederation idea. “The Palestinians are a people who have their own land and Jordan is a country that is now celebrating its 70th anniversary.” So this Jordanian analyst is telling the Palestinians: “We love you and you are wonderful people, but we prefer that you stay away from us.”

While most Jordanians seem to be strongly opposed to the idea of adding another three or four million Palestinians to the kingdom’s population, Palestinians in the West Bank and Gaza Strip appear to be divided over the idea.

The Palestinian Authority (PA) leadership, which by all accounts has failed to lead its people towards statehood because of its incompetence and corruption, has yet to spell out its position regarding the proposed confederation with Jordan.

There are, however, signs that a growing number of Palestinians are beginning to entertain the idea of being part of Jordan. A recent public opinion poll published by An-Najah University in Nablus found that 42% of Palestinians favor the confederation idea. The poll also found that 59% of Palestinians do not believe that a Palestinian state would be established within the pre-1967 lines.

This means that a majority of Palestinians have lost confidence in their leaders’ ability to achieve an independent Palestinian state. One of the main reasons is the ongoing power struggle between the PA and Hamas. It is a conflict that has divided the Palestinians into two separate cultural as well as geographic entities, in the West Bank and Gaza Strip. The reality on the ground is that the two-state solution has already been fulfilled: in the end, the Palestinians got two mini-states of their own — one governed by the Palestinian Authority and the second by Hamas in the Gaza Strip.

Another sign of growing Palestinian support for the idea can be found in the Hebron area, where leaders of large clans have also begun campaigning for the implementation of a confederation with Jordan. It is estimated that nearly one million Hebronites live in Jordan and the West Bank, and this statistic is also driving support for the idea.

In recent weeks, several Hebron clan leaders visited Jordan as part of an effort to muster popular support for the confederation idea. A prominent member of the Jordanian parliament, Dr. Mohammed al-Dawaymeh, lately visited Hebron, where he met with the heads of the city’s large clans to promote the idea. Again, it is unlikely that the member of parliament was acting without the backing of King Abdullah or the Jordanian government. But his visit to the West Bank, like that of Majali before him, has sparked a new wave of speculation among Palestinians that something is being “cooked up” to enable the confederation plan to take place.

What is notable is that the confederation idea seems to be gaining support among Palestinian clans in a society that is largely a tribal one. Both Hebron and Nablus consist of large clans, and it makes sense that the two senior Jordanian figures chose to concentrate their efforts there. If you manage to convince the clans to support the idea, that approval, they believe, would create pressure on the Palestinian leaders to follow suit.

Also intriguing is that some prominent Palestinians seem to have endorsed the confederation idea — again due to their having lost confidence in their leaders’ ability to move forward and bring them a better life.

Two of these Palestinians are Ghassan Shaka’ah, a former mayor of Nablus and a prominent PLO leader in the West Bank, and Professor Sari Nusseibeh, a respected pragmatic academic and former president of Al-Quds University.

Jordan is not the only Arab country that does not consider the Palestinians trustworthy partners. The Jordanians still have painful memories from the early 1970s, when the PLO and other Palestinian groups tried to establish a state within a state inside the kingdom, and thus threatened Jordan’s security and stability. Today, there is only one solution: maintain the status quo until Palestinian leaders wake up and start working to improve the living conditions of their people and prepare them for peace with Israel. 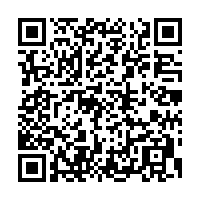