As Israelis settle in under a new government led once again by Prime Minister Benjamin Netanyahu, they might do well to ask themselves this question: Other than having served as Israeli prime ministers after beginning their political careers as mainstays of the political right, what do Menachem Begin, Netanyahu, Ariel Sharon and Ehud Olmert have in common?

It is safe to say that none of them, before attaining power, would have supported the policies each pursued while in office. Before their premierships all four held clearly hawkish diplomatic, national security and territorial views; once elected, however, their tilt to the center and even to the center-left on these same issues was just as clear.

Labor prime ministers Yitzhak Rabin, Shimon Peres and Ehud Barak often matched their pre-prime ministerial rhetoric with their performances in office. The “principled” hawks were expected to do likewise – namely to practice what they had preached.

Let’s examine some of their words before assuming office and their actions after they attained it.

Begin’s actions: Responding to Anwar Sadat and Jimmy Carter’s insistence that a solution to the Arab-Israeli conflict include a Palestinian right to self-governance, Begin agreed to Palestinian “self-rule” or “autonomy” in Judea and Samaria. This arguably meant that Begin compromised on his view that “Eretz Israel will be restored to the people of Israel. All of it. And forever.”

Netanyahu’s words: “This [the 2008 Israel-Hamas cease-fire] is not a relaxation, it’s an Israeli agreement to the rearming of Hamas. What are we getting for this?” (Netanyahu at the time was opposition leader.)

Netanyahu’s actions: If history is any guide, Netanyahu must surely know that the aftermath of the recent cessation of fighting between Hamas and Israel – a halt that he, as prime minister, approved – will likely resemble the 2008 truce he opposed: a lull until the next round of fighting initiated by a rearmed Hamas.

By acting so inconsistently on the same terrorist threat just four years apart, Netanyahu, it appears, put personal political needs ahead of the national interest in 2008 and again now – both, ironically, just prior to Knesset elections. In 2008 it behooved him to sound hawkish; in 2012 it suited him to be more flexible.

Sharon’s words: “Everybody has to…grab as many hilltops as they can to enlarge the settlements because everything we take now will stay ours” (Sharon, foreign minister at the time, was addressing a meeting of the Tzomet Party on November 15, 1998).

Sharon’s actions: Sharon went from being one of Israel’s most vocal advocates of expanding Jewish settlements in the West Bank and a champion of its presence in Gaza during prior ministerial positions to, as prime minister, unilaterally withdrawing fully from Gaza and from four settlements in the northern West Bank (without the benefit of any peace overtures from the Palestinians).

His clear about-face gave the Palestinians the chance to elect Hamas – sworn to Israel’s destruction – to power in Gaza, enabling it to regularly batter southern Israel with deadly rockets. Sharon’s prowess on the battlefield is, to many, overshadowed by what is perhaps the most blatant political, military and security flip-flop in Israel’s history.

Olmert’s words: “The formula for the parameters of a unilateral solution are: to maximize the number of Jews; to minimize the number of Palestinians; not to withdraw to the 1967 border; and not to divide Jerusalem” (Olmert was serving double duty as minister of Industry, Trade and Labor and minister of Communications when he spoke to David Landau of Haaretz on November 13, 2003).

Olmert’s actions: Only four years after expressing those decidedly hard-line sentiments, Prime Minister Olmert made this generous offer to Palestinian Authority President Mahmoud Abbas at the U.S.-hosted Annapolis Conference in Maryland: Israeli relinquishment of parts of East Jerusalem, with Jerusalem’s Old City – and its religious sites – administered by an international group.

So much for Olmert’s 2003 pledge – before he became Israel’s prime minister – to “not…withdraw to the 1967 border and not to divide Jerusalem.”

Should Israelis understand and accept the political reality that politicians often must retreat from pronouncements made during their days in the loyal opposition in order to govern responsibly once they’ve attained power? Or should those politicians be called out for their patronizing pre-power rhetoric?

Do Israelis believe it’s OK for political aspirants to say whatever they feel is necessary to gain power? Or should practicing what one preaches always be the political rule? 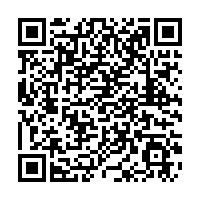