Our blinding attraction to drama has captivated so many of us. We love to live it, watch it, or even worse, create it. Nowadays it appears as if everyone has a “dramatic” story about his next-door neighbor, her estranged friend, their friend’s rude relative, etc. According to a recent survey, nearly half of our nation’s younger generation watches more reality television than they did last year, with those aged 18 to 25 watching close to four reality shows a week.

As if that were not enough, we are increasingly YouTubing, Facebooking, Twittering and texting ourselves into oblivion.


How about our growing addiction to alcohol? According to newly published data, one in every six Americans consumes eight mixed drinks within a few hours four times a month. Twenty-eight percent of us between the ages of 18 and 24 drink five times a month with the intention of becoming intoxicated.

Why do people dedicate so much time and effort to such futile preoccupations? Why do so many choose to be mentally and emotionally absent, via a variety of distractions, for significant portions of their everyday lives?

The first reason I’d suggest, which relates to our fascination with drama, is based in a grotesque form of egotism. When we see TV shows infested with lowly behavior and inappropriate comportment, it makes us feel good without our having to budge from the sofa. It’s a delightful pat on the back. It reassures us we are good people, despite the pangs of a guilty conscience that may periodically attempt to force us out of our comfort zone.

It certainly is true that in the republic of boorishness, mediocrity is king.

The second reason, which also relates to our attraction to drama, can be categorized as “modern voyeurism.” Human beings have an innate curiosity to explore the outside instead of the inside, the “you,” “him” and “her” in lieu of the “I.” This voyeurism is an easy way out of the long and tedious road to self-refinement.

Finally, there is a third reason – one that speaks to most of life’s deviations. It is best described as “escapism,” and it too is an effortless yet deceptive way out of misery. Decades ago, Walter Cannon, the renowned American physiologist, famously explained that when faced with challenges, human beings must choose between “fight” and “flight.” They can combat their difficulties or flee from them. Unfortunately, our gravitation toward drama and the many other modern-day distractions points to the growing tendency to flee from life’s moral responsibilities.

But can we truly rid ourselves of our prevailing drive to explore? Is it really wrong to flee from reality when stress threatens to invade?

The answer lies in the very definition of “man.” Centuries ago, the Talmudic Sages taught that the creation of man resembles the fusion of an animal and God. “In some ways humans are like the ministering angels of God. In other ways, they are like animals” (Chagigah 16a). In fact, the word for “man” in Hebrew – adam – conveys a dual meaning: on the one hand, it means earth and materialism; on the other, its meaning indicates a resemblance to God.

Perhaps this existential dichotomy explains our perpetual restlessness. Since two contrary dynamics exist in the fabrics of our being, we frequently vacillate between them. Sometimes we find ourselves enthralled by animalistic behaviors from within and from without, while at other times we heed to a higher calling from God and His ministering angels.

Unshackling ourselves from this inherent vacillation is close to impossible. Our powerful drive to diverge and explore will always exist. We must, however, learn how to funnel it from the selfish, hollow and animal self to the altruistic, purposeful and divine self. Our lives, and the lives that surround us, will then be filled with true joy, lasting serenity, and contagious kindness.

Finally, we also ought to remember that most challenges cannot simply disappear. True, every now and then temporary diversions from life can help us refresh and rejuvenate. But they cannot become permanent, for the vast majority of challenges will pursue us until we find the focus, courage and conviction to tackle them thoroughly and persuasively.

Moreover, we must rid ourselves of the perception that life’s blessings, such as peace and happiness, can be found outside. The “you,” “him” and “her” will never be able to substitute the blessings of the “I.” Indeed, the only path to self-improvement and genuine joy are introspection and the meticulous study of the inner self.

Years ago, as a teenager struggling with identity questions, I turned to my dear mentor, the world-renowned scholar Rabbi Adin Steinsaltz, for guidance.

“You seem troubled,” he said, “but I’m happy to find you in this situation.”

After a short pause and with his characteristic, engulfing smile, he explained: “You see, human beings are like electricity. In order to produce light, we too need a negative pole and a positive pole. Channel your thoughts and efforts from your negative pole toward your positive one. Create a circuit of positive thoughts and good actions, and your life will then surely engender light.” 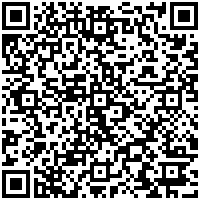