I was apprised of the fact that a renowned rav and posek in Flatbush dedicated his Shabbos morning drasha to the plight of a young lady who was recently dismissed from her Brooklyn Bais Yaakov. It seems she vexed the administration because she asked her teacher incisive questions about the nature of Gan Eden. Thankfully, due to the intervention of this prominent rav, she was reinstated to her school.

Thousands of frum individuals grow up with gnawing questions about the fundamentals of Yiddishkeit. Their questions may be trite and simplistic (i.e., Why do we keep Shabbos?) or profound and weighty (i.e., How do I know there is a God? or Hashem knows everything, including every move I make; yet I have free will. How can the two co-exist?).


It’s not the particular question that is germane – every sincere and thoughtful question is relevant and important. Rather, it’s the way the question is received and handled. Sadly, most often the questions are either rebuffed or repudiated by parents and teachers. Some adolescents are even slapped or labeled with the pejorative “apikores.” The outcome is that in some cases the seeker despondently resolves to trudge through life with lingering and unresolved doubts in ikrei emunah, and in other cases, tragically, they throw in the towel, religiously.

The Hebrew word for question, she’ailah, is etymologically derived from the word sha’al – to borrow or request. According to Rashbam, Tosafos, Chizkuni, Klei Yakar, and other commentaries, sha’al, in this context, does not mean to borrow but denotes requesting something that is one’s rightful possession – one’s natural entitlement.

It is against Torah hashkafah to take offense or to reject a sincere question. Just as water sustains the physical world and is free and accessible to everyone (this predates New York City’s water meters!), so too should knowledge be available freely. This is precisely why, according to the halachic ideal, one should not charge tuition to dispense Torah knowledge (see Yoreh Deah, 246:5).

The late Sy Syms said in relation to his discount clothing chain, “An educated consumer is our best customer.” His slogan is a fitting credo for Judaism. When we avoid answering questions and penalize a child for asking, it compromises the integrity and absolute authenticity of our mesorah. It projects insecurity and appears to the child as if we have something to hide. How incongruous! Judaism has all the answers. We live in an age where Torah knowledge is awing the greatest scientists and most resolute atheists.

If only parents and educators would be more candid and unveil the vast contemporary knowledge found in Torah, it would preempt many such questions.

Science is now on the offensive, catching up to Torah. For example, how many of our students know that at the 1990 meeting of the American Astronomical Society, the meeting’s chairman, Dr. Geoffrey Burbidge, astrophysicist at the University of California at San Diego Center for Astrophysics and Space Science (and former director of the Kitt Peak National Observatory), commented: “It seems clear that the audience is in favor of the book of Genesis – at least the first verse or so, which seems to have been confirmed.”

Do we speak to our children and students about modern-day miracles that show God’s intervention in the world?

For example: Eretz Yisrael lay desolate and barren for almost two thousand years. Mark Twain traveled there in 1867. He reported: “There is such desolation; one cannot even imagine that life’s beauty and productivity once existed here . [The Land of Israel] dwells in sackcloth and ashes. The spell of a curse hovers over her, which has blighted her fields and imprisoned her mighty potential with shackles. [The Land of Israel] is wasteland, devoid of delight.”

The world’s greatest civilizations fruitlessly attempted to restore life to the land. In fulfillment of the Torah’s prophecies, miraculously, as soon as the Jews returned, starting in the late 19th century, the land became fertile and reinvigorated.

Another example: After the Persian Gulf War, two eminent scientific journals (Nature and MIT’s Nature and Arms Defense Studies) were puzzled about the apparent Divine protection that Eretz Yisrael had been afforded from Scud missiles. Both journals devoted full-length research articles to attempt to logically explicate the hows and whys behind the purported miracles. 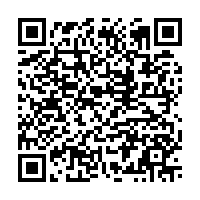