Recently an Egyptian Muslim posted a YouTube videotape of himself cursing Islam and its holy book, the Koran; then tearing it to pieces and throwing it in the garbage. Here are excerpts of what he said:

There it is, Allah’s book; this is the basic catastrophe. I don’t know what day it is of this disgusting month of Ramadan. You are making the tearing of the Quran such a big and dangerous thing… it is instinctive to tear up this book, those sons of [profanity] think they can threaten me and challenge me not to tear up the Quran, but I want to prove to them that they are nothing, and what is the big deal in tearing up this book?! There it is [he starts tearing the Quran] in the trash. Are you feeling better now? You cannot touch a hair on my head. We keep blaming Hamas and Gaza, but it is not them, it is this son of [profanity] book that I am stepping on right now. That book is the source of all evil and the real catastrophe. There is nothing new here; it is not Omar Abdel Rahman, Abbud or all the others: it is this garbage that is causing us to run in a demonic, never-ending circle that will never end.

This latest Koran desecration is a reminder of the new Egypt—not merely that there are everyday Egyptians who are sick of the Islamization of Egypt, but aghast at what is in store for them.


On a recent talk show on Al Hafiz channel dealing with this incident of Koran-tearing, after playing the video of the man tearing the Koran, one of the guests, a bearded and white-robed Dr. Mahmoud Sha’ban, visibly shaken by what he had just seen, said (scroll down for YouTube video):

Someone like him must receive the punishment he deserves—and it is death! He is an apostate… It is clear from what he says that he is a Muslim, and must be killed as an apostate. As for that act itself, it is an infidel act, and he deserves to be struck by the sword in a public place—and as soon as possible; as soon as possible; as soon as possible. It must be announced and photographed and disseminated among the people, so that all the people may know that we respect our Koran and its words from Allah, and whoever insults it, receives his punishment from Allah. If people like him are left alone, they will only get bolder and bolder.

The next guest, Sheikh Abdul Mohsin said: “I support the words of Sheikh Mahmoud [who just spoke], that this man must be killed fast, that he may be an example to others, so that all learn that we have reached a new phase in respecting Islam and the holy sanctity of the Koran and Sunna. This man has become an apostate and must suffer the penalty in front of the people.”

The third and final guest Dr. Abdullah was somewhat critical of the first two Islamic scholars—not because they called for the man’s death, but because, by focusing on the fact that the man had apostatized, it seemed as if they were exonerating non-Muslims: “The issue of killing him is not limited to his being a Muslim and then apostatizing. No, it is known to us from the Sharia that whoever insults the Prophet or tears the Koran, his judgment is death—whether he’s a Muslim or non-Muslim.”

Later, a listener called in saying, “Just so you know, if I ever meet one of these people, their life is void—they’re simply dead.” The talk show host, who agreed that the man must be slain, responded with some moderate talk about letting the state handle such people, to which the first sheikh, Dr. Mahmoud Sha’ban, erupted in rage:

Dr. Abdullah clarified for the host: “Do you know what the word ‘void’ [hadr] means [in Islamic jurisprudence]? It means it is the right for anyone who meets them [those who insult Islam] to kill them.”

In other words, the host was wrong to think that those who insult Islam should be killed only by the state. Any good Muslim can—and should—kill them, wherever he finds them. Of course, with a Muslim Brotherhood president in office, whether those who offend Islam are killed by the state or by Islamic vigilantes becomes somewhat semantic.

Already under President Morsi’s first two months, Islamists have become more emboldened—whether by pressuring women to wear the hijab, by killing a Muslim youth for publicly holding hands with his fiancée, or by disseminating flyers that call for the total genocide of Egypt’s Christian Copts. The flyers include the names and contact points for those Muslims who wish to collect their rewards for killing Christians. 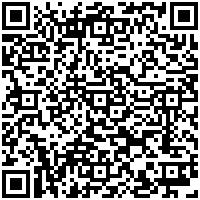