SEPTEMBER 5, 1934 – Mrs. Stephen S. Wise, president of the Women’s Association of the American Jewish Congress, who has just returned from a visit to the German refugee centers in Europe, will be hostess this afternoon to 500 Brooklyn women who have pledged to support the establishment of a center in New York City for refugees from Nazi Germany.

The center, to be known as Congress House, is now being established at 50 West Sixty-eighth street, under the supervision of the Women’s Association of the American Jewish Congress.


This afternoon’s reception will take the form of a linen shower for the benefit of Congress House. Those who attend represent the Brooklyn division of the Women’s Association which has undertaken to supply all linens for the establishment. The affair is also in the nature of a preview to an invited list of guests, prior to the formal opening of Congress House later this month.

Mrs. Charles J. Turow, acting chairman of the Brooklyn Division, will lead the Brooklyn delegation. Mrs. Wise, who returned to the United States on Saturday, following a two-months trip abroad, will describe conditions among the refugees and relate the decisions of the Geneva world Jewish conference.

Congress House is designed to provide recreational, shelter and food facilities gratis for refugees from Germany. The institution is designed to ease the process of reorientation for German refugees.

Facilities for the establishment of Congress House were made available through the courtesy of the Board of Trustees of the Jewish Institute of Religion, which turned over the West Sixty-eighth street building to the Women’s Association for this purpose. 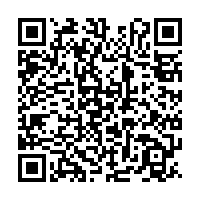