My name is Arieh King. I am the Chairman for the United Jerusalem Party (UJP) in the Jerusalem Municipality. Last week I was dismissed from my municipal responsibilities on the Emergency and Security Committee & Environmental Protection Committee by Mayor Nir Barkat because I opposed him in the District Court for his overriding the protocol of the City Planning Committee. He claims I am conflicted; either I support him and his plans or I can’t be a member of his coalition. That may be his view, but I will not allow Jerusalem City planning protocols to be compromised, and I stand by that.

Jerusalem is not a diplomatic or political football and should not be used by the Mayor or Prime Minister to satisfy the demands of foreign nations who impose themselves on Israel’s exclusive agenda. Further, the City should be using its authority to establish an approvals record for fair and unbiased development by providing support for planning that is non-discriminatory. Instead, as is the case with the most recent advance of the expanded neighborhood of Arab El-Sawahchra, Mayor Barkat has allowed leftist and Arab political organizations to influence his City planning to expand Arab designated suburbs.


This is not a case against illegal Arab building, notwithstanding the 39,000 illegal Arab dwellings Mayor Barkat refuses to penalize, tear down, or approve. Nor is this a case against the urban sprawl permitted by the Mayor who feels that Arabs prefer to live in low density apartments resembling their villages. This case reflects a much greater problem, an apartheid against Jews. The City should not turn a blind eye to a political movement knowing they will promote specific ethnic use by the authority vested in them. Instead it should ensure that adjacent development approval is granted to ensure a balanced mix of neighborhood regions that will enable and promote a cultural harmony. This is a case against the planning protocol breached to benefit some other purpose the Mayor is not willing to disclose.

An example of improved planning can be seen in the microcosm that is the City of David. Once the seat of terrorists and Jew-haters, it is now a reasonably balanced community of Jewish and Muslim neighbors who mostly experience the type of quiet enjoyment the City should be planning. For the past 10 months I have worked tirelessly for the City. As the Chairman of Security and Environment committees I overcame many difficulties. My family and I live in Malei Zeitim on the Mount of Olives, where mixed neighbors coexist and where improvements to security continue to bring more stability for Jewish and Muslim residents. Its not only Jews who live in fear of terrorist insurgents that live amongst us!

To be clear, I did not walk away from Nir Barkat’s coalition, he dismissed me because I opposed his compromising the City. In all likelihood he capitulated to pressure brought on him by the Prime Minister whose demands are driven by international diplomacy. Whilst I am sensitive to the bigger picture, we cannot advance by compromising professional protocol. It simply serves to accelerate decision making and remove or confuse those who have been vested in authority to approve plans by the communities that elected them.

Jerusalem requires a delicate touch. As everyone knows, it is a delicate mix of culture and religion and it is affected by various insurgencies vested in it. It is a Jewish City managed by a majority of Jews who do a great job serving the interest of all religious and non-religious populations. However the notion of East and West Jerusalem is a flaw, born in a split along its North-South axis. Unless the City planning authority is permitted to do its job and through its authority uniformly plan to ensure optimal economic prosperity for Jerusalem’s residents, I’m afraid the cycle of foreign dominance over this beautiful city will prevail. 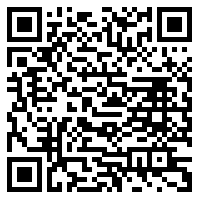