After receiving a recent e-mail, I found myself awash in a sea of memories. In the course of corresponding with a friend, I realized that the fourth yahrzeit of my family’s rabbi – Doniel Schur, z”l – was rapidly approaching (21 Adar/March 7, 2010).

I began sorting through many childhood recollections of growing up in Rabbi Schur’s shul – the Heights Jewish Center of Cleveland, Ohio.


As a child walking with my father to shul on a cold Cleveland winter Shabbos, I found it quite reassuring to know there would always be a lollipop waiting for me while I warmed up. Each Shabbos, I would ascend the podium to shake Rabbi Schur’s hand and wish him “Good Shabbos,” whereupon he would hand me a lollipop. Generally, the rabbi would give each child just one lollipop, but one Shabbos I came up with a clever way to receive more.

As I shook his hand one Shabbos HaGadol (the Sabbath preceding Passover), I told him that while I noticed there was a hechsher on his bag of lollipops, there was nothing to indicate they were kosher for Passover. I let him know I would be more than happy to help him dispose of his chametz and toward that end I would be willing to take the lollipops off of his hands. Rabbi Schur had a very healthy sense of humor, and he gladly gave me a handful of lollipops together with a warm smile and laugh.

Rabbi Schur was a man who was comfortable sharing his emotions with others. I have vivid memories of him dancing exuberantly on Simchas Torah, the softness of his beard and mustache on my young cheek when he would embrace me in a warm hug, as well as the sincere tears he would shed as he would share in his congregants’ pain.

The memories of one particular Yom Kippur at Heights Jewish Center will remain with me forever. It is the early 1980s. The shofar has just sounded, signaling the conclusion of the services. Rabbi Schur begins to clap and lead the congregation in a spirited dance around the bimah while we all join him in singing “L’Shana HaBa’ah B’Yerushalayim” (Next Year in Jerusalem).

Not everyone is dancing, however, and this does not escape the rabbi’s notice. There are some older men who are too weak to dance after a full day of praying and fasting, but they are not the focus of the rabbi’s tear-filled gaze. It is a young man named Ben, who has been losing his fight with leukemia, toward whom the rabbi is now energetically dancing. Ben and Rabbi Schur hold hands while the entire congregation continues its emotional song. All eyes in the shul are on them, and not one of them is dry.

Unfortunately, that was to be Ben’s last Yom Kippur.

“Next Year in Jerusalem” is also faithfully sung by Jews the world over toward the end of the Pesach Seder each year, and that brings me to the final childhood memory I will share about Rabbi Schur.

When I was about seven years old, our family was all packed and eager to drive our station wagon up to Montreal. My brothers and I eagerly anticipated spending Pesach with my ailing maternal grandfather and the rest of our Canadian relatives.

I cannot adequately describe the disappointment I felt when, just two days before the holiday, a major blizzard blanketed the region and forced us to cancel our travel plans. While I felt devastated, my parents’ feelings were much more practical. They had not planned on spending the holiday in Cleveland, and they had no Pesach staples. To make matters worse, this unexpected blizzard forced many other Clevelanders to stay home, and the local stores no longer had a sufficient amount of Passover supplies.

Naturally, my father phoned Rabbi Schur to tell him of our family’s predicament. Immediately, the rabbi and his wife invited our family to join their family’s Seder for the first night of Pesach (family friends graciously invited us over for the second).

Each year as the holiday of Pesach approaches, memories of the Schur family’s hospitality as well as their warm and welcoming Seder enter my mind. Despite the fact that Rabbi Schur is no longer with us, this year is no different. 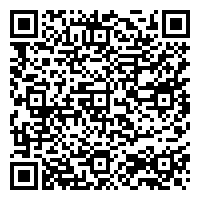