Editor’s Note: This article is a follow up to Batsheva’s previous article “How Bais Yaakov Almost Ruined My Life”, where Batsheva wrote how Bais Yaakov education almost turned her off to Judaism.

I want to say, before anything else, that I never expected this type of response from my blog post. I’m overwhelmed and amazed by how many people have had the same or very similar experiences to mine, and hearing their stories is more inspiring then anything else.


Had I known that 9,000 people would be reading what I had to say, there are a few things I would have added. For one, I’d like to answer the question that I’ve seen on every comment thread: Where were the parents?

My parents are incredible, open minded people. They have always supported me in every decision I have made and I have never blamed them for sending me to Bais Yaakov. In my community, it was the best option at the time and I can’t say I would’ve made a different decision had I been in their shoes. They made me follow the school rules, because as many of you pointed out – when you are part of an institution, you must follow the rules of that institution.

When I was younger, I didn’t tell them how I was feeling, because I felt that I was wrong. I didn’t tell them when I got in trouble in school, because I didn’t want to get in trouble at home too. However, as I got older it was pretty clear that Bais Yaakov was not for me. As soon as I was old enough, they sent me to a much more open minded boarding school in another state where they felt I could find my own place in Judaism.

I’ve spoken to a lot of people who felt unaccepted religiously. Most of them, at one point or another, threw religion away. I never did that. I have never intentionally broken Shabbat, never eaten at a restaurant that wasn’t Kosher. I credit that completely and totally to my parents. My parents are YES people. Shabbat was not the day where I couldn’t go on my computer or go rollerblading – it was the day that I got to spend time with my family and friends. The dining room table was always covered in board games, popcorn, and chocolate chip cookies. Chagim were the same way. My father loves to learn. Dinnertime was centered around what time minyan was that day. Religion was a very positive thing in my home. As a kid, I didn’t connect THAT Judaism with what I was learning. It was just our lifestyle.

When I said I wish someone had been there to tell me all the things I know about Judaism now, I was wrong. There were people who would have told me, had I been brave enough to ask. I have had many amazing influences in my life – my siblings, friends, families in my community. Now, looking back, I can see the effect that they had on me. But when I was fourteen and feeling like I didn’t fit in, I didn’t think anyone would understand.

One other thing I’d like to clear up is that I didn’t write the post to place blame. To quote Rascal Flatts, “God bless the broken road”, and I wouldn’t go back and change anything. All of my experiences have led me to the place I am now, and I’m very happy here. As I said, the Bais Yaakov system works for some. My friends graduated from there and most of them have no idea why I wrote what I did. My intention was never to hurt or offend – I just had something I felt that I needed to say. Based on the amount of positive responses I received, I think I made the right decision by posting it. 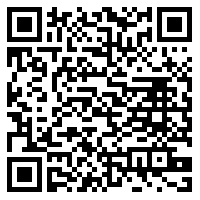