Israel’s Supreme Court on Monday ordered the Minister of Religious Affairs Yaakov Margi and the Chief Rabbinate Council to explain why they not allow single women to immerse in state-run mikvahs, Kikar HaShabbat reports.

Justices Eliakim Rubinstein, Esther Hayut and Uri Shoham have recently been discussing a petition requesting that any Jewish woman, regardless of her marital status, should be allowed to dip in the mikvahs run by the religious councils.


The petitioners are Oriya Pliah, Amital Sachs and the Center for Women’s Justice (CWJ), who are seeking to change the policy.

The petition was initially brought before Justice Rubinstein, who ruled that the hearing should be moved to a panel of three judges. Now this panel has issued a conditional order requesting clarifications on a matter which could be seen as purely halachic in nature and thus outside the purview of the secular court.

According to their website, the Center for Women’s Justice is a public interest law organization dedicated to defending and protecting the right of women in Israel to equality, dignity and justice within Jewish law.

CWJ carries out legal activity and advocacy aimed at ending practices that discriminate against women in the name of the Jewish religion. CWJ files key lawsuits in civil courts across Israel, with the aim of setting legal precedents and achieving systemic solutions to religious dilemmas that compromise gender democracy and threaten the Jewish future. CWJ also carries out Social Awareness activities which educate the public about marriage, divorce and social justice in Jewish life and promote social change. 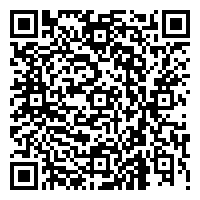