Congress has never seen a better friend of the observant Jewish community than Stephen Solarz, who died of esophageal cancer on the 22nd of Kislev. Yonoson Rosenblum’s recently published biography of Rabbi Moshe Sherer describes Solarz as an “invaluable ally” for many Agudath Israel projects and there are 20 references to Solarz in the book’s index.

I repeatedly witnessed Solarz’s dedication to protecting religious observance for Orthodox Jews. In 1978 – when he was still a relatively junior congressman – he initiated a call to me to brainstorm over how observant Jewish postal workers in his district could avoid using up all their annual leave for early departures on winter Fridays and taking days off for the Yomim Tovim. We drafted a Religious Observance Compensatory Time law that Solarz introduced in Congress.


Jimmy Carter’s Department of Justice first objected to the bill, claiming it created an unconstitutional preference for religion because it did not authorize compensatory time for non-religious commitments. Solarz did not cave but demanded a meeting at which the merits of his bill could be aired and discussed before representatives of all interested federal agencies.

Solarz invited me to attend this huge meeting, held at what was then the Bureau of the Budget, with him. We managed, with a forceful presentation, to swing the administration into support for the Solarz bill. It is now federal law (5 U.S.C. 5550a) and enables hundreds, possibly thousands, of federal employees to enjoy some vacation time during the summer with their families.

In 1984, a federal court of appeals ruled that an Air Force psychologist had no constitutional right to wear his yarmulke while he was in uniform seeing patients. I filed an application to the Supreme Court for review of that bad decision but I honestly had little hope the court would agree to hear the case. Solarz leaped into the breach. He called me and suggested he would introduce a bill that, regardless of whether there was a constitutional right, would require the military – as a matter of Congressional statute – to permit the wearing of “unobtrusive” religiously-motivated articles of clothing.

The colloquy on the floor of the House in May 1984 between Solarz and Congressman Wilson of Texas is priceless. Wilson wanted to know whether Texas Indians who wear war bonnets would be covered by Solarz’s law. Solarz noted that bonnets, unlike yarmulkes, were pretty obtrusive. He agreed, however, that one unobtrusive feather might qualify if worn under a hat.

Much to our surprise, the Supreme Court agreed to hear the yarmulke case, and the Solarz legislation, which had run into much greater difficulty in the Senate than in the House, was put on the shelf while the Supreme Court was considering the issue.

The court ruled 5-to-4 against a constitutional right to wear a yarmulke. Solarz promptly revived his bill with some minor modifications. With Solarz’s encouragement a yarmulke of camouflage material was distributed to senators and congressmen to prove that a yarmulke would not reduce the will or ability to be a dedicated U.S. soldier. On September 25, 1987, the Senate voted 55-42 in favor of Solarz’s yarmulke bill. .

Justice William J. Brennan had ended his strong dissent to the Supreme Court’s ruling against the yarmulke with a powerful plea that Congress enact a law protecting the right, so when the bill became law Solarz sent a thank-you letter to Brennan. He enclosed a camouflage yarmulke with the letter, and Brennan acknowledged, in a letter to Solarz (and in conversation with me), that he had put the yarmulke on his head while working at his desk and had forgotten to remove it for the entire day – until he arrived home and his wife asked him what he had on his head.

Solarz’s yarmulke bill is current federal law (10 U.S.C. 774). Military personnel may not be denied the right to wear neat and conservative articles of clothing required by their religious faith while in uniform.

Solarz again led a legislative battle for religious liberty after the Supreme Court ruled in a 1990 case involving the ingestion of peyote by American Indians in a religious ceremony that the First Amendment did not protect religious observance that violated a neutral law. This decision effectively wiped away protection for religious practice that Supreme Court majorities had articulated in the preceding quarter century. 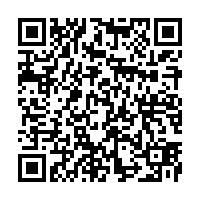