The facts of the flotilla incident speak for themselves – but only to those who are willing to listen. Unfortunately, albeit predictably, the international community seems to care less about what actually happened and more about that fact that it now has an opportunity to engage in what appears to be a global pastime: kicking Israel.

For weeks in advance, Free Gaza, a coalition of pro-Hamas organizations, put out press releases and recruited flotilla participants by announcing their intentions were to provoke Israel by violently resisting Israel’s attempts to stop ships from barreling into its blockade. The blockade in question is legal, even though it is in international waters.


Hamas, which continues to unabashedly proclaim its intention of destroying Israel, has a steady stream of weapons pouring in from Syria and Iran. Those who doubt this should ask themselves how 10,000 rockets have rained on Israeli towns from Gaza. The flotilla was clearly aimed at de-legitimizing the blockade, but in addition to the blockade’s legality, it has been officially supported by both the Bush and Obama administrations.

The list of items the “peace activists” had with them on their boat included such humanitarian aid essentials as knives, clubs, metal rods, night-vision goggles and other supplies the Palestinian people would need only if they were hoping to rob a bank.

We know now that if the flotilla’s organizers really wanted to get food and medical supplies to Gaza, they could have docked peacefully at Ashdod and delivered the goods over land. Since the beginning of 2010 alone, over 100,000 tons of aid have been delivered to Gaza via Israel. Israel told the flotilla’s organizers as early as May 17 that they were welcome at Israel’s ports.

But the “humanitarian” activists wanted only to instigate, not solve, problems. Free Gaza held a thinly-veiled publicity stunt and most of the world ate it up. Nations across the globe leapt at the opportunity to get in their cheap shots at Israel. The United Nations shouldn’t even bother putting out condemnations of Israel anymore but instead just hang a permanent shingle outside the Human Rights Council headquarters saying Israel is evil, if only because the sun rose that morning.

Thankfully, things work a little differently in the United States. On June 8, House Majority Leader Steny Hoyer and I led up an hour-long special session on the House floor to address these issues, during which my colleagues and I explained to the world what the actual events surrounding the flotilla were, and where the blame actually lies.

Members of Congress from both parties came to the House floor to defend Israel – even those members who represent districts with virtually no Jewish constituency. In Congress, we get it. I have circulated a Congressional Resolution to my colleagues officially denouncing Turkey, Free Gaza, IHH and the organizers of the flotilla, and I am confident it will have broad, bipartisan support.

I also included a provision that would bar the U.S. from contributing, either financially or with manpower, to any UN investigation of Israel. We already know what the investigation will find. So let’s save ourselves the time and energy and stop this dog and pony show before it starts.

Most alarming, however, is the apparent transition Turkey has made. There was a time not that long ago when Turkey was an ally of the United States and Israel. For years, though, momentum has been building there toward a radical fundamentalist state, and the transition seems to have come full circle. Not only is Turkey responsible for sending the flotilla as a deliberate provocation of Israel, it has voted against recent UN sanctions against Iran.

Simply put, if Turkey’s goal is to make itself a teammate of an international pariah, it is succeeding.

Allying oneself with Hamas, Hizbullah, and Iran is as clear a declaration there is that Turkey is not part of the solution in the war on terror. It is obvious the Iranians would love to have another beachhead in the Middle East, and, for Iran, optimally near the democracy Ahmadinejad has sworn to destroy. If Turkey wants to officially become an agent of Iran, it should come out and say it.

Enough of the phoniness. Here in the U.S., we need to come to grips with the fact that the altar of the “moderate” Arab state at which we have worshipped for far too long is a sham. Our search for moderates is like a child searching for a unicorn – we would love for it to be there, but we need to admit that facts are facts. 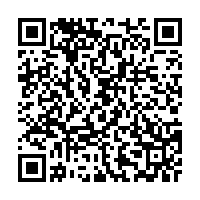