This past week the United Nations Educational, Scientific and Cultural Association (UNESCO) adopted a resolution ignoring Jewish ties to the Temple Mount and Western Wall. The resolution, which is riddled with polemical condemnations of Israel as the “Occupying Power,” refers to the Temple Mount strictly as Al-Aqsa Mosque/Al-Haram Al-Sharif, the Arabic names for the holy site. The resolution does make mention of the Western Wall, but only twice in quotations following its Arabic name Al-Buraq.

The contents of the resolution are quite disturbing. Among other things, UNESCO blasted Israel for creating the new egalitarian prayer section by the Western Wall (so much for pluralism), and accused Israel of “banning Muslims from burying their dead in some spaces [and] planting Jewish fake graves in other spaces of the Muslim cemeteries,” an allegation that rings of a modern day blood-libel.


Israeli politicians, among them Prime Minister Benjamin Netanyahu, lambasted UNESCO for denying the Jewish people’s historic connection to the Temple Mount. Prime Minister Netanyahu’s thunderous condemnation certainly fits the absurdity of the resolution, however, the Israeli Government’s subsequent inaction regarding its policy towards the Temple Mount is perhaps more absurd than the resolution itself.

We can expect very little, if anything, from the UN and its institutions whose hypocritical and virulently anti-Israel bias shows no sign of respite. But we can’t expect the UN to be more Zionistic than the Israeli Government itself. UNESCO’s resolution is the logical product of Israel’s own draconian policies enforced on Jews at the Temple Mount.

In the democratic State of Israel in the year 2016, Jews are only permitted to ascend to the Temple Mount at two designated timeslots each day (excluding Friday and Saturday), and are strictly forbidden from praying at Judaism’s holiest site. Religious objects such as a tallit, prayer book, or even a Star of David are prohibited. Violators of these regulations are arrested on the spot.

To demand from the world to recognize the Jewish people’s historic ties to the Temple Mount while simultaneously restricting Jewish access and prayer rights on the Temple Mount is in essence a schizophrenic acquiescence to Muslim ownership of the holy site.

If that wasn’t bad enough, two days following the resolution, Israel’s Police Commissioner announced a renewal of an open-ended ban of Israeli MKs visiting the Temple Mount. For all intents and purposes, the Israeli Government is providing the UN with positive reinforcement for bad behavior.

The Government’s discriminatory policy towards the Temple Mount lends further credence to the UN’s false assertion that the Jewish people have no ties to the spot on which the First and Second Temples stood. After seven years of a right-wing coalition, the unfortunate reality is that the Government has no intention to change the inequitable status quo and provide equal rights to Jews on the Temple Mount.

As for the Prime Minister and the politicians who blasted the UNESCO resolution – talk is cheap. The people of Israel deserve action.

From the Temple to the World Wide Web: 2000 Years of Forex Trading 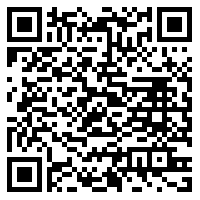