In New York this week, a jury of twelve men and women returned a guilty verdict on all counts against the Palestinian Authority (PA) and the PLO for their roles in six terror attacks that left ten American families, including mine, devastated. That jury awarded over $218 million in damages to the thirty-three plaintiffs in our case, Sokolow v. PLO.

In Washington, one could hear a pin drop as not one official praised the proper working of the American justice system in punishing terror where it counts—in its pocketbook.


The law applied in Judge George B. Daniels Manhattan courtroom was the Anti-Terrorism Act, or ATA. That law was passed by Congress and signed by Bill Clinton in 1993.

As our lawyer, Kent Yalowitz of Arnold & Porter, stated in his summation before the jury: wherever an American citizen goes in the world, the ATA goes with him. The ATA was the one positive byproduct of the brutal murder of Leon Klinghoffer aboard the Achille Lauro: the U.S. found it did not have the criminal or civil tools to punish those who harmed Americans beyond U.S. borders. The ATA allows for both criminal prosecution as well as civil penalties, and was passed by large majorities in both houses.

The Palestinian Authority and the PLO lost several cases by default judgments when they simply refused to show up. Eventually, former secretary of state Condoleezza Rice told them to obtain lawyers and fight the charges against them. The Palestinians responded by employing a top-flight Washington law firm that did everything possible to keep their clients out of court, and once in court, to prevent them from losing.

The Palestinians put up a spirited defense. That the jury returned a unanimous verdict on two dozen counts after only two half-days of deliberations speaks volumes to the damning evidence presented by Yalowitz, Nitsana Darshan Leitner of Shurat HaDin and their colleagues.

As a plaintiff in Sokolow vs. PLO, I had the privilege, but also the horror, of spending a few days in court, testifying along with my wife and our son. We had to revisit the horrors of the bombing which irrevocably altered our lives. We cried as we recalled the devastation.

The Palestinians’ attorneys made every effort to convince the jury that the bombers, shooters, and their supporters acted alone, that the PA and its officers were opposed to those activities, and that payments to “martyr” families and the ongoing payments to Palestinian prisoners in Israeli jails served as no incentive to those who killed and maimed. The jury did not buy it.

The jurors assigned aggregate damages which, when tripled as provided in the ATA, charged the PA and PLO with over $650 million. The outcome was a resounding victory for the ten plaintiff families, our lawyers, our supporters, and all of those who truly wish to fight terror by all means available.

The PA and PLO fought this suit for eleven years. They lost it in six weeks.

The outcome in that New York courtroom shows the majesty of the American legal system. A legal concern was identified, an appropriate law was passed, and Americans affected by the scourge of international terror made use of the law to seek and find redress. This is America at its finest. Such an incredible outcome, delivered by twelve “average” citizens of New York, ones without any background or particular interest in the political issues of the Middle East, shows the unique face of American democracy and justice.

And yet, while the American judicial system, utilizing tools created by the legislative branch, brought us justice, another branch of the American government has repeatedly denied it to us.

One would think that the president or maybe the attorney general or even the secretary of state might put out a statement on how wonderful the American system of justice is for giving hope to people whose lives were crushed by the ever-growing scourge of international terror. But not. one. word.

Instead of celebrating this modicum of relief from unspeakable pain for American citizens, the executive branch appears more concerned with another big bill the PA has racked up. Instead of hailing the U.S. legal system for providing justice to families whose lives were shattered by terror and offering hope to others,  the president and his minions are hard at work attempting to find ways in which they can extricate the PA and the PLO from their current financial mess.

Even Hillary Clinton, whose husband signed the law into existence, had nothing to say about the same terror victims she used as props for photo shoots during her senatorial visits to Israel.

There’s much more fueling this disappointment.

You would never know it, but the ATA has a criminal component for prosecuting terrorists who harm American citizens. But the Department of Justice has never utilized that tool in any of the 80 attacks in and around Israel in which American citizens were killed or injured since the signing of the Oslo Accords. The U.S. has not indicted, extradited, or prosecuted a single Palestinian terrorist since the 1968 conviction of Sirhan Sirhan. While criminal standards for conviction are admittedly far higher than their civil law counterparts, the U.S. has been blasé about Palestinian terror—neither arresting the bad guys nor calling out the PA or PLO for their active and willful roles in inciting and coordinating terror against Israeli (and American) citizens.

So, while the jury in New York has spoken; DoJ in the nation’s capitol has been out to lunch. Even our anguished requests between 2008 and 2011 that terrorists who harmed Americans not be included in the deal to release the soldier Gilad Schalit fell on deaf ears; fifteen such terrorists went free without a word from either DoJ or the president.

The US has an obligation to recognize that the PA, which has been the source of hope for three consecutive administrations, is as guilty as Hamas with regard to supporting and encouraging terror.

Imagine how I feel, knowing that one of the unindicted co-conspirators in our case is today a minister in the present Palestinian Authority government. The U.S. and the world will never be free from terror until it identifies its source honestly and deals with it forcefully. Only a handful of world leaders today see the PA and the PLO as the jurors saw it: terror-supporting entities.

America is a great country and the ATA has allowed us and our fellow plaintiffs to seek and receive redress for the role the PA and PLO played in providing material support to terrorists who harmed us and our loved ones.

Monday will remain a great day in American legal history. Still, we must remember that each year the U.S. gives $400 million to the PA, which in turn gives about $50 million to terrorists in Israeli jails. As Kent Yalowitz successfully implored the jury: you can connect the dots. 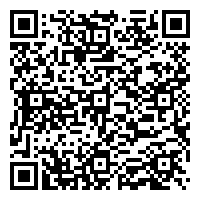