There is a special entry about Two-Gun in the Spy Museum in Washington. Two books have been published about Two-Gun’s life. Rob Reiner is working on a movie about Two-Gun.

Two-Gun’s cousin, the journalist Marion Dreyfus in New York City, tells me her family still has many scrolls and silks that Two-Gun sent them from China. She found a plaque on the wall of the Shanghai synagogue commemorating Two-Gun as one of the ten most important Jews in Chinese history.

When Cohen returned to Manchester after the war, he and his cousins went into the raincoat business, the weather in England being ideal for such a venture. Two pistols and a Chinese generalship notwithstanding, Two-Gun was a proud Jew – and he could even get you a raincoat wholesale! 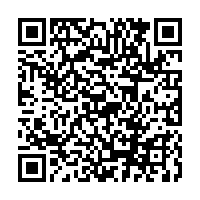