When a business turns on roughly half of its customers, treats them like criminal suspects or seeks to deprive them of their services, can they prosper? The answer is “No.”


Social media is dying, they just don’t know it yet. All the so-called “giants” of Silicon Valley: Twitter, Facebook, and their ilk cannot continue successfully “as is.” In the lead-up to the 2020 election, and certainly in the aftermath of the January 6th Capitol riot, persons and organizations not subscribing to the new orthodox socialist ideology of the American Left have found themselves “de-platformed,” suspended, erased, minimized and banned.

Most famously, of course, is the banning of the 45th president of the United States, Donald Trump. But there are many, many others. A policy analyst colleague with a few hundred Twitter followers watched an unexplained and precipitous 20% reduction overnight. They had not posted anything “controversial,” or anything at all in several weeks, but clearly some algorithm had identified the analyst as “one of those people.” Journalist friends from center-right outlets saw tens of thousands evaporate. Colleagues were suspended for reposting something they had said on multiple occasions for a year. No explanations, no remedy, no recourse. Another symptom of the cancel culture syndrome.

Social media’s death knell is not immediately apparent and there appears to be little or no public awareness of the tolling bell. But, as far back as November 2017 there were indications detailed in a CNN Money article that is loaded with irony, and a striking void of self-awareness that verges on satire. If you do not follow the link to read the entire article, then contemplate the following excerpted blurb:

“It is completely misunderstanding the nature and threat of ‘fake news’ to suggest that Facebook and the people behind it, past and present, bear any personal responsibility for what happened in last year’s election,” the former employee said, “and the general state of political discourse in America today.”

Social media is a bit like the just-diagnosed patient with a terminal disease. By outward appearances, they may seem fine, but the clock is ticking, and they know it.

The social media giants are still flush with cash, convinced they are righteous and enlightened, and most of all, are exceedingly arrogant. They believe they will continue to define and influence society – and they may – but only half.

Other social media platforms have surfaced to offer alternatives. Former President Trump is purportedly on the verge of launching his own new social media platform. Like most Internet innovation, there is a “Wild West” air and stream-of-consciousness style to how things have been launched, modified and maintained. There was a day back in living memory when the entire Internet was that way. Today, however, the “respectable, establishment” social media platforms do not like any competition. The nearly consistent claim from established social media companies against their start-up competitors is that they are guilty of some “ism.” Take your pick: racial, ethnic, political, religious, sexual, whatever. Some crime, syndrome, or deplorable belief – some “ism” – is usually attached to any platform other than themselves. The new companies purportedly trade on either hate or phobia.

“DHS does not have any information to indicate a specific, credible plot; however, violent riots have continued in recent days and we remain concerned that individuals frustrated with the exercise of governmental authority and the presidential transition, as well as other perceived grievances and ideological causes fueled by false narratives, could continue to mobilize a broad range of ideologically-motivated actors to incite or commit violence.” [Emphasis added]

This symbiotic relationship between a politicized Biden administration terror bulletin and the silencing and de-platforming by social media giants is what used to be referred to by Pentagon contractors as a “self-licking ice cream cone.” There appears to be “no sunlight” visible between the ideologues operating in DC and Silicon Valley. They seem to be working from the same script. These tactics are all reminiscent of the techniques proposed in the pre-election planning of the Transition Integrity Project.

Guess who curates, controls and feeds the news media reporting flow to an ill-defined but enormous percentage of the population? The social media giants. The monopolistic manipulation of news feeds by social media was recently detailed in the legal opinion of Senior Circuit Judge Laurence Silberman of the U.S. Court of Appeals for the D.C. Circuit. “Silicon Valley also has an enormous influence over the distribution of news. And it similarly filters news delivery in ways favorable to the Democratic Party,” he wrote.

This is not the stuff of right-wing conspiracy theorists. It touches on press freedoms and landmark legal cases such as New York Times v. Sullivan. In that 1964 case, the Supreme Court established that a plaintiff in a defamation case concerning a public figure must prove “actual malice” in reporting false information. Actual malice is the publication of a false statement with knowledge of its falsity or reckless disregard for the truth.

Social media’s news curation and distribution results in half the country being spoon-fed a pablum of politicized lies, and the other half distrusting virtually every news report as nothing but propaganda. The shredding of the fabric of American society is happening before our eyes and in some cases around the kitchen tables of American families.

There will come a point when people might have to choose between their Twitter feed and their family. Between what they know to be true from their conscience, their religion, their first-hand experience, their friends and business contacts – and whatever their phone just “alerted” them [read: psychologically conditioned them] to in a dopamine-laced “ping!”

That tension and division is what spells the end for social media as it currently exists and operates. When your business practices divide rather than unify, cause confusion over clarity, distraction rather than enlightenment, and sows strife rather than edification – those are the practices that cannot be sustained over the long haul. The problem, of course, is that along the way they create enormous damage, some of which may be irreversible. The American public is experiencing all of that damage now. 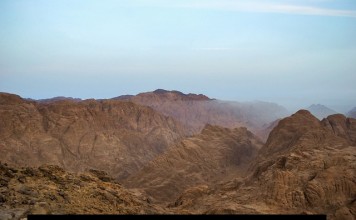 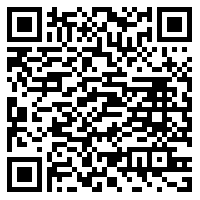