As we march towards the July 20 deadline for reaching agreement on stopping the Iranian nuclear weapons program, it is worth gauging Iran’s intentions by looking at the words of its foreign minister, Javad Zarif. On June 13, The Washington Post published an op-ed by Zarif entitled Iran is Committed to a Peaceful Nuclear Program. The op-ed is a skillful piece of propaganda aimed at dismissing skeptics of Iran’s peaceful nuclear intentions. However, Zarif’s arguments are marked by inaccurate assertions, significant omissions, and a threatening tone. The central paragraph of Zarif’s op-ed characterizes the concern about Iran’s nuclear weapons program as a “phobia.”

While reaching a realistic deal is the best available option for the West to prevent such a remote possibility, it may be instructive to take that phobia at face value. Let’s put it to a logical test. If Iran ever wanted to break out, all IAEA inspectors would have to be expelled from the country. Iran’s program would then have to be reconfigured to make weapons-grade fissile material, which would have to be converted to metal, be molded into the shape required for a bomb and undergo countless other complex weaponization processes. None of these capabilities exist in Iran and would have to be developed from scratch. This would take several years — not a few months.

In its assessment of breakout times published last October, the Institute for Science and International Security (ISIS) argued that a breakout time of less than six months would allow Iran to develop a nuclear device undetected:

As in the October 2012 iteration, the estimates in this report do not include the additional time that Iran would need to convert WGU [weapons grade uranium] into weapons components and manufacture a nuclear weapon. This extra time could be substantial, particularly if Iran wanted to build a reliable warhead for a ballistic missile. However, these preparations would most likely be conducted at secret sites and would be difficult to detect. If Iran successfully produced enough WGU for a nuclear weapon, the ensuing weaponization process might not be detectable until Iran tested its nuclear device underground or otherwise revealed its acquisition of nuclear weapons. Therefore, the most practical strategy to prevent Iran from obtaining nuclear weapons is to prevent it from accumulating sufficient nuclear explosive material, particularly in secret or without adequate warning. This strategy depends on knowing how quickly Iran could make WGU.

Zarif’s “breakout time” estimate differs from that of ISIS as the former includes activities such as weaponization and the creation of delivery systems, both of which could evade detection. ISIS’s breakout time estimate addresses the production of sufficient fissile material to make a bomb. In an analysis of a dubious study that is apparently the basis for Zarif’s claim of a breakout time of “several years,” ISIS researchers observed that the methodology of the study is so systematically skewed, “that it requires all the breakout estimates to be dismissed as woefully too short” and concluded, “[t]his Iranian study is a political tool for Iranian officials to point to as negotiations unfold.”

Later on, Zarif writes, “For years, small but powerful constituencies have irrationally advanced the idea that Iran can produce enough fissile material for a bomb in months.” Thus Zarif shifts the argument from “Iran cannot produce a nuclear device in a matter of months,” which is true, to “Iran cannot produce enough enriched uranium for a bomb in a matter of months,” which is false.

Furthermore, a “logical test” could be applied the other way too. If Iran’s nuclear program has no military aspect, why is it developing ballistic missiles that could carry a nuclear payload? If Iran’s nuclear program is for civilian purposes only, why is it planning to build a heavy water reactor when a light water reactor would suffice for any civilian needs? If Iran’s nuclear program only has peaceful aims, why did Iran refuse guarantees for a steady supply of enriched uranium and instead insist on mastering fuel cycle technologies (i.e. uranium enrichment)?  And why has Iran not allowed an on site inspection of the Parchin facility, which is believed to have housed experiments for nuclear detonators? In addition, Iran has asphalted the site hiding evidence of its experiments.

Iran Ups the Ante, Seizing British Container with Crew of 23 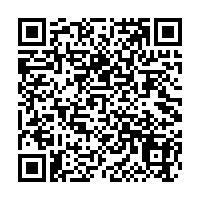