Officials in the Justice Ministry have rejected claims that the proposal to force-feed hunger striking Palestinians is “cruel”, and they said Monday that the bill currently under consideration is “measured and balanced.”

According to a report on Israel Radio, the director general of the Ministry said that past experience has shown that hunger strikers don’t really want to die, and that doctors were stressed by the possibility that striking prisoners could die if they do not eat.

The report cited Deputy Attorney General Raz Nizri, who said two European courts have ruled that force-feeding can cause irreversible injury. However, Nisri believes the State would defend doctors who force-feed prisoners in accordance with court rulings.

MK Eitan Cabel (Labor) told Israel Radio that most of his colleagues oppose the law, and added that Israel “doesn’t care” whether the prisoners die of hunger. However, the current bill could harm the country and international hasbara efforts.

Seventy-six Palestinians are currently on a joint hunger strike.

Labor Party: The Worst Result in Our History, As They Prepare to Sacrifice Avi Gabai 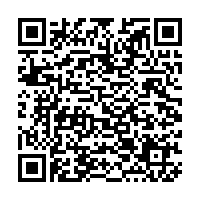