The day has come. The house is clean. The chametz has been sold. The matzah is ready. We are about to sit down at the magnificent table and begin the Seder.

What does it all mean?

This year, it should mean a lot.

The ring is closing tighter around Israel. Destabilization in the Middle East is introducing increasing chaos, which is always a dangerous phenomenon, especially given the volatile and violent nature of those who surround Israel on every side. Indeed, as we have seen in recent weeks, they are getting more aggressive. In addition, they vastly outnumber us.

When you add in the Western world the numbers become huge. I’ll repeat a quotation I have used before, but it is so relevant that it bears repetition. These words stand at the very beginning of my third book, 2020 Vision:

This is precisely the world situation we face today.

Was it not exactly the same?

Yes, the stage was smaller, but the entire world was “smaller” then; all of Israel was confined within Egypt, which was the world’s most powerful country. “A new king arose” over Egypt, who was no friend of Israel, “so they appointed taskmasters over [Israel] in order to afflict it” (Shemos 1). From the distance of thousands of years these words sound relatively tame, but life in Mitzrayim was every bit as frightening as the Holocaust or terrorism today. Pharaoh and his advisers devised a plan that would be copied in later centuries by Haman and Hitler (may their memories be erased). Our situation was impossible. There was no hope, no way to escape from the Egyptians, and they intended to wipe us out, God forbid.

The only hope for our survival was a miraculous intervention by God to rescue us from these impossible odds, and that is exactly what happened. God’s existence may have seemed a “theory” to some people before yetzias mitzrayim, but not afterward.

What before the Redemption may have been a hint or promise, became a reality after the Redemption, visible to everyone, including our enemies. “A handmaiden at the Red Sea saw more than the Prophet Ezekiel” (Mechilta Beshalach Shira 23).

This is what we can expect in the Final Redemption. As it was in Egypt, so it will be on that monumental day when God will end our captivity forever. The very impossibility of our situation now, the fact that we are completely surrounded by enemies wherever we are, the fact that they are much stronger and more numerous than we, simply makes it clear that the only way we will be rescued is through a Redemption that will dwarf anything seen in the entire history of the world up to now. Can you imagine the magnitude of the Final Redemption?

“A staff will grow from the stump of Yishai, and a shoot will sprout from his roots. And a spirit of Hashem will rest upon him, a spirit of wisdom and understanding, a spirit of counsel and strength, a spirit of knowledge and fear of Hashem . And it will be on that day, My Lord will again show His strength to acquire the remnant of His people . He will raise a banner for the nation and assemble the castaways of Israel the dispersed of Judah will He gather in from the four corners of the earth . There will be a road for the remnant of His people as there was for Israel on the day they went up from the land of Egypt.” – Isaiah 1:1ff/haftarah for the last day of Pesach. 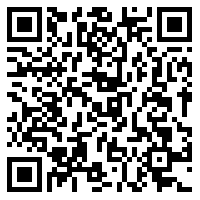