The most charitable way of explaining the election results of 2012 is that Americans voted for the status quo – for the incumbent President and for a divided Congress. They must enjoy gridlock, partisanship, incompetence, economic stagnation and avoidance of responsibility. And fewer people voted. At the time of this writing (election day), with almost all the votes counted, President Obama has won fewer votes than John McCain won in 2008, and more than ten million off his own 2008 total.


Romney lost because he didn’t get enough votes to win.

That might seem obvious, but not for the obvious reasons. Romney lost because the conservative virtues – the traditional American virtues – of liberty, hard work, free enterprise, private initiative and aspirations to moral greatness – no longer inspire or animate a majority of the electorate. The notion of the “Reagan Democrat” is one cliché that should be permanently retired.

Ronald Reagan himself could not win an election in today’s America.

The simplest reason why Romney lost was because it is impossible to compete against free stuff. Every businessman knows this; that is why the “loss leader” or the giveaway is such a powerful marketing tool. Obama’s America is one in which free stuff is given away: the adults among the 47,000,000 on food stamps clearly recognized for whom they should vote, and so they did, by the tens of millions; those who – courtesy of Obama – receive two full years of unemployment benefits (which, of course, both disincentivizes looking for work and also motivates people to work off the books while collecting their windfall) surely know for whom to vote; so too those who anticipate “free” health care, who expect the government to pay their mortgages, who look for the government to give them jobs. The lure of free stuff is irresistible.

Imagine two restaurants side by side. One sells its customers fine cuisine at a reasonable price, and the other offers a free buffet, all-you-can-eat as long as supplies last. Few – including me – could resist the attraction of the free food. Now imagine that the second restaurant stays in business because the first restaurant is forced to provide it with the food for the free buffet, and we have the current economy, until, at least, the first restaurant decides to go out of business. (Then, the government takes over the provision of free food to its patrons.)

The defining moment of the whole campaign was the revelation (by the amoral Obama team) of the secretly-recorded video in which Romney acknowledged the difficulty of winning an election in which “47% of the people” start off against him because they pay no taxes and just receive money – “free stuff” – from the government. Almost half of the population has no skin in the game – they don’t care about high taxes, promoting business, or creating jobs, nor do they care that the money for their free stuff is being borrowed from their children and from the Chinese. They just want the free stuff that comes their way at someone else’s expense. In the end, that 47% leaves very little margin for error for any Republican, and does not bode well for the future.

It is impossible to imagine a conservative candidate winning against such overwhelming odds. People do vote their pocketbooks. In essence, the people vote for a Congress who will not raise their taxes, and for a President who will give them free stuff, never mind who has to pay for it.

That suggests the second reason why Romney lost: the inescapable conclusion that, as Winston Churchill stated so tartly, “the best argument against democracy is a five-minute conversation with the average voter.” Voters – a clear majority – are easily swayed by emotion and raw populism. Said another way, too many people vote with their hearts and not their heads. That is why Obama did not have to produce a second term agenda, or even defend his first-term record. He needed only to portray Mitt Romney as a rapacious capitalist who throws elderly women over a cliff, when he is not just snatching away their cancer medication, while starving the poor and cutting taxes for the rich. Obama could get away with saying that “Romney wants the rich to play by a different set of rules” – without ever defining what those different rules were; with saying that the “rich should pay their fair share” – without ever defining what a “fair share” is; with saying that Romney wants the poor, elderly and sick to “fend for themselves” – without even acknowledging that all these government programs are going bankrupt, their current insolvency only papered over by deficit spending. How could Obama get away with such rants to squealing sign-wavers? See Churchill, above. 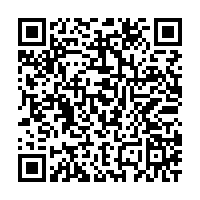