The following are excerpts from an essay by Yakov Faitelson, the lead expert on the Jewish-Arab demographic balance:


“Since 2003, the annual population growth rate [birth, mortality and migration rates] of Israeli Jews has grown steadily from 1.48 percent to 1.81 percent while the aggregated annual increase of the Arab Middle Eastern countries has decreased to 1.45 percent….

“While the natural increase rate [birth and mortality rates] for Israeli Jews rose by 41.6 percent from 1995 to 2012, the Arab natural increase rate declined during the same time by 30.6 percent – due to rapid modernity [e.g. urbanization, family planning, expanded education among women, higher wedding-age] with the rate in 2012 at its lowest level since 1955.

“From the beginning of the twenty-first century the TFR [number of births per woman] of Israeli Muslims decreased considerably, from 4.7 in 2000 to 3.5 children per woman in 2011. The TFR of all Arabs decreased still further to 3.3 children per woman, very close to the 3.09 for Jewish women born in Israel….

“The shape of Israel’s age-pyramid clearly shows that the younger the age, the more the number of Jews increases while the number of Arabs either decreases or remains stable. During the last ten years, the share of Israeli Jews versus Israeli Arabs within the overall young Israeli population has increased, indicating that the Jewish population has started to become younger while the Israeli Arab population is getting older. With existing life expectancies factored in, the natural aging of Israeli Arab ‘baby boomers’ will significantly increase their mortality level over the next two decades, causing an accelerating decline in the overall Arab natural increase rate.

“The decline in the Palestinian natural increase rate in Judea and Samaria [caused by modernity] is accelerating even faster than among Israeli Arabs. Combined with a massive emigration of Arab youth from these territories, especially from Judea and Samaria, the size of the younger age group will be reduced and coincidentally, the elderly age cohort of the population will increase, resulting in an increased mortality rate in the near future. Following these trends, the natural increase rate of Arabs in Judea and Samaria will be decreasing even faster.

“Any proper analysis of demographic developments in the Land of Israel must take into account the critical role of the migration balance. Aliya—Jewish repatriation—has been a significant factor in narrowing the difference between Jewish and Arab natural increase rates. Israel may experience a substantial Aliya wave into the near future, including an influx of skilled professionals, a welcome addition to Israel’s fast developing economy. The recent discoveries of huge gas deposits create an enormous momentum for the Israeli economy that is bound to change the geopolitical situation in the Middle East.

Many Israeli expatriates may also seriously consider returning to the Jewish state. During the years 2000-10, the number of returning Israelis was 21.3 percent higher than the previous decade. These developments would lead to a further increase in the annual growth of the Jewish population. 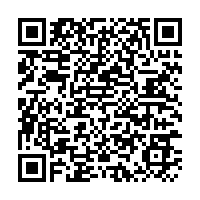