The Israel Democracy Institute on Tuesday issued a survey examining the views of Israeli Jews on their relationship with the IDF and the country’s security challenges. The IDI, a left-leaning group any day of the year, issued the survey in honor of its annual conference on National Security and Democracy in cooperation with the Konrad Adenauer Foundation which funds a long list of anti-Israel NGOs and maintains an office in Ramallah (how could it not).

Interestingly, while the Hebrew version of the IDI survey highlights the emerging anti-Arab attitudes of a majority of Israeli Jews, the English version hides it at the very end of the report. The English section about the attitude thing is also a heck of a lot shorter, condensed to a single, short paragraph.

The Hebrew version devotes an entire section to public attitudes regarding the limitations imposed on the use of force in Israel. This subject was measured in a 2018 IDI survey, so there’s comparative data, and the unavoidable conclusion is that the positions of the Jewish public today support the removal of restrictions from the IDF and police rules of engagement by 20% more than four years ago. That’s a steep learning curve.

Here are the key points suggesting Israeli Jews have internalized the notion that the Israeli-Arab conflict requires a harsher approach:

Incidentally, the steepest rise in the demand for an iron fist response has taken place in the traditional-religious population. In 2018, only 36% supported killing a terrorist who has been neutralized and is no longer dangerous – in 2022, 68% say kill him.

When asked if they support a law that will exempt from IDF service Haredi men who studied in a Yeshiva until age 22, 49% oppose and 40% support it, while 11% don’t know.

The annual security survey was prepared by the Center for Security and Democracy and by the Viterbi Family Center for Public Opinion and Policy Research at the Israel Democracy Institute. The survey was conducted via the internet and by telephone (to include groups that are under-represented on the internet) between September 15–19, 2022, with 805 men and women interviewed in Hebrew, constituting a nationally representative sample of the adult population in Israel aged 18 and over. The maximum sampling error was ±3.52% at a confidence level of 95%. 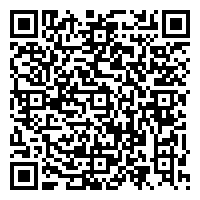