Following the decision of the Civil Administration to declare the end of the survey process for the area called Gvaot, Regavim has prepared the following fact sheet for your information:

1) The area of the land is 1.46mi2 (990 acres, 380 Hectares, 3799 dunams) 2) Nobody lives on this land, neither Palestinian Arabs nor Israeli’s. 3) This land has been classed as public land (state land) since before 1948 4) In 1967 all public lands including this piece in the West Bank came under Israeli control. As an extra precaution, to ensure the protection of private property rights, the authorities put in place an additional process to double and triple check that no private land was mistakenly included. This process of investigation and final declaration is what the government announced recently. The declaration does not change the status of the land 5) The land is situated in the Etzion bloc which is acknowledged and widely accepted to be included on the Israeli side of a future land swap in any negotiated peace agreement. 6) The land straddles the 1949 Armistice lines and is in Area C under full Israeli administration and security control based on 1993 Oslo Accords. 7) Pre-1948 there were Jewish communities in the Etzion bloc that were destroyed by the Jordanian Arab Legion and Egyptian Army in Israel’s Independence War. 8) As a general rule in Western countries there is either public land or private land. Thus the concept of ownerless land is not familiar. As a rule a sovereign power owns all land that is not privately owned. This is based on Ottoman land law and British land law and is also enshrined in Israeli land law. The process of final declaration as proscribed by the authorities is in place as an extra protection of private property rights. As such in the case where the sovereign power wants to advance building plans in an area where the land registry record is not complete it has to do an in-depth survey of the land by law, to ensure 1000% that the land is not privately owned. 9) After decades of due process the land was surveyed and considered wasteland/ownerless (see above more info on issue of ownerless), yet even so a 45-day window of appeal is available by law. 10) There is an additional 175,000 acres across Judea and Samaria that is still awaiting the continuation of the surveying process in various areas covered by Area C. 11) Despite being in the general vicinity of Bethlehem, the land is closest to a number of Jewish communities such as Beitar Illit, Alon Shvut and Kibbutz Kfar Etzion and does not infringe on any Palestinian communities or towns in the area. 12) The Israeli Supreme Court ruling of Alon Moreh 1979, makes illegal the expropriation of private land for the establishment of civilian communities. However Israeli law is very clear about the rights of Israel to build on Public Land to be used for civilian use. For comments, feedback or any questions please contact Ari Briggs ari@regavim.org 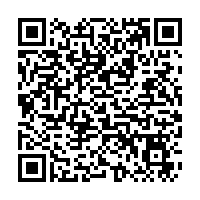