On Tuesday evening January 31, at 8:00 PM Eastern, President Trump—as always, the consummate showman—strode to the podium to nominate Judge Neil Gorsuch to the Supreme Court of the United States.  His announcement fulfilled a campaign promise to fill Justice Scalia’s seat with a jurist who fit neatly into the Scalia mold:  Like Scalia, Gorsuch believes that judges should base their decisions on the law and the Constitution rather than on their own policy preferences, priorities, ideologies, or personal feelings.


Trump pulled it off beautifully. Not only did he maintain secrecy against all odds, but his involvement of Mrs. Scalia in the selection process (and her presence at the announcement) was a masterstroke.  It was a good day for Trump and a great day for America.  Gorsuch is supremely well qualified and universally respected for his integrity, fairness, and decency.  Back when President Bush nominated him to the Tenth Circuit, the American Bar Association rated him “most qualified.”  The Senate confirmed him by unanimous voice vote, with eleven current Democrats—including Schumer, Leahy, and Feinstein—and twenty current Republicans adding their voices.  As even many left-leaning legal experts have noted, Judge Gorsuch is a mainstream judge that the Senate should confirm quickly.  Indeed, as the New York Law Journal acknowledged, those Democrats most eager to oppose him are doing so on political grounds; their complaints are not about Judge Gorsuch, but rather about Republicans.

In short, G-d willing, Gorsuch will be a voice of wisdom and reason on the Court for decades to come – a true Trump legacy for the future. So yes, the Gorsuch nomination was a good day for America; his confirmation will be an even better one.

But let’s talk tachlis.  Is it good for the Jews?

One of America’s great gifts to the Jews is that it doesn’t much care whether we are Jews.  Most issues affect American Jews as Americans, rather than as Jews.  And given the relatively minimal role that the Supreme Court plays in foreign policy, there are really only two questions that America’s Jews, speaking as Jews, should pose to a nominee:  Will you see all people before you as litigants worthy of equal treatment, or will your own preferences, feelings, and experiences lead you to discriminate?  Will you protect the Free Exercise of religion, and the rights of those who choose to build their lives around their faith?  Judge Gorsuch is exceptionally good for the Jews on both counts.

In terms of non-discrimination, Judge Gorsuch’s well-known insistence upon the rule of law and the text of the Constitution has led him to write “a judge who likes every result he reaches is very likely a bad judge, reaching for results he prefers rather than those the law compels.”  Discriminatory treatment arises only when a Judge allows personal feelings or preferences to direct legal rulings.  A judge capable of setting aside feelings of kinship, affinity for, or prejudgment of individuals because of the ethnic, linguistic, or faith group to which they belong is the perfect antidote to those on the bench who might prefer to let their own heritage bias their opinions.  When judges see the courtroom as a battleground between “justice” and “privilege,” or as a forum for the imposition of “equality” across groups, Jews are typically among the biggest losers.

But it is religious liberty where Judge Gorsuch shines most brightly.  Those who follow religious freedom law know that roughly twenty-five years ago, the Supreme Court determined that the Constitution doesn’t protect religious Americans from general laws that happen to conflict with their faith.  President Clinton and Congress—under the leadership of then Congressman Chuck Schumer and then Senator Ted Kennedy—rode to the rescue with the Religious Freedom Restoration Act (RFRA).  RFRA guaranteed all Americans the freedom to follow their deeply held religious convictions almost any place they led—the sole exception was when it led them to cripple a compelling government interest.

It is thus RFRA, rather than the Constitution, that now guarantees the preservation of Jewish rituals.  The challenge to shechita—Kosher slaughtering laws—has been well known for decades; a growing number of European countries now prohibit any means of slaughter other than electric shock.  But even the majority of American Jews who do not keep Kosher continue to give their newborn sons a bris—G-d’s covenant with our father Avraham, and the most widely observed of all Jewish rituals.  Jew haters throughout history have attacked the bris as a key weapon in their war against the Jews; a few years ago, anti-circumcision “intactivists” managed to get referenda on circumcision bans on the municipal ballots of San Francisco and Santa Monica, before the courts pulled them on a technicality unrelated to religious freedom.  The concern for protecting Jewish rituals is not just prospective – this past year a San Diego court scuttled pre-Yom Kippur kaparos in deference to animal right activists incensed about the ritual in which chickens, slaughtered in accordance with both Jewish law and U.S. law, are donated to charities that feed the poor.

In recent years, both religious practice—Jewish and otherwise—and the RFRAs designed to protect it, have come under increasing attack.  The Supreme Court, which has final say about the Free Exercise Clause and the authority to interpret RFRA, is the last line of defense.  Judge Gorsuch is known for his commitment to religious freedom.  The man who wrote that the Religious Freedom Restoration Act, “doesn’t just apply to protect popular religious beliefs: it does perhaps its most important work in protecting unpopular religious beliefs, vindicating this nation’s long-held aspiration to serve as a refuge of religious tolerance” is a man America’s Jews need on the Supreme Court.

Justice Gorsuch will indeed be good for America.  And, just among us, he will also be good for the Jews. 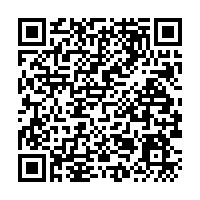