Before the North Koreans successfully launched a (non-functioning) satellite into orbit on December 12, 2012 there were reports, notably by space expert and NBC News consultant, James Oberg, that Iranian missile experts had been spotted in North Korea. If true, this would be perfectly consistent with the longstanding and close relationship that North Korea has had with the Islamic Republic of Iran. On February 11, the Pyongyang government exploded what it describes as a ‘miniaturized’ nuclear weapon. This test has dramatically raised tension levels in Northeast Asia. This underground test also raises difficult questions about Iran’s nuclear weapons program.

The nuclear explosion seems to have been more powerful than the previous two, the first of which in 2006 looked like a “fizzle.” No matter what the US intelligence community eventually determines about the exact nature of the February 11th explosion, it is obvious that the North Koreans are getting better at building these weapons. What should also be obvious is that the the information and expertise that the North Koreans are gaining is, in all probability, going to be shared with the Mullah’s regime in Iran.

In 1999 it was evident that Iran and North Korea were cooperating on both long range missiles and nuclear weapons. Back then, Bill Gertz, writing in the Washington Times, reported that “Iranian officials recently traveled to North Korea to discuss missile cooperation.”

Before that, in 1998, “The Commission to Assess the Ballistic Missile Threat to the United States” chaired by Donald Rumsfeld with members such as Paul Wolfowitz, R. James Woolsey and Richard Garwin, described how, “we traced the development histories of the related programs of North Korea, Iran, Iraq and Pakistan and the relationships among them.”

Since 1998, intelligence assessments of these types of programs, especially after the mistakes made in Iraq, have become even more politicized than they were in 1998. Any ambiguities in the information are seized on by intelligence analysts to downplay any danger that these rogue states may “break out” in unexpected ways. The highly controversial 2007 National Intelligence Estimate (NIE) of Iran’s nuclear program is an example of this problem: the claim that Iran had given up its nuclear weapons program was derided as an apparent effort by the intelligence community to prevent the Bush administration from taking active measures against Iran.

However, the detailed language of the NIE indicates that the intelligence community was hedging its bets. They wrote, “We assess with moderate confidence Tehran had not restarted its nuclear weapons program as of mid-2007, but we do not know whether it currently intends to develop nuclear weapons.” We certainly do know that in February 2013, Iran’s drive to build up a stockpile of highly enriched uranium, which can be fashioned into a bomb, has accelerated.

In this context, the 2007 NIE makes a point that is all too relevant today:

We judge with moderate confidence Iran probably would be technically capable of producing enough highly enriched uranium for a weapon sometime during the 2010-2015 time frame. (The INR [Intelligence and Research : The State Department’s in-house intelligence agency] judges Iran is unlikely to achieve this capability before 2013 because of foreseeable technical and programmatic problems.) All agencies recognize that this capability may not be achieved until after 2015.

Thus, according to the NEI, we are today right in the middle of the time period that the careful and reputedly dovish analysts of the U.S. intelligence community identified as the moment when Iran would have enough material for a nuclear bomb.

We have been told that there is no evidence that Iran is working on a bomb design, but if the Mullahs can simply buy a usable  and tested bomb design from North Korea, they could transform their status into a nuclear weapons state overnight.

The North Korean government is even more impoverished now than it was in 1999. It is likely that its bomb designs will be for sale at bargain prices. Thanks to the availability of a cheap and tested design, nuclear weapons programs could begin to emerge in previously non-nuclear nations. For example, Arab states that are losing confidence in America’s will to defend them against Tehran, could buy the North Korean warhead plans as easily as their Iranian adversaries. 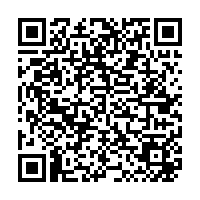