I wrote Antisemitism and the American Far Left (Cambridge University Press, 2013) in part because of my deep concern about the spread and intensification of anti-Semitism over the past several decades. The far left has contributed significantly to this, though it has, in large part, just been recycling the shibboleths of the far right.

In a previous book, The Third Reich in the Ivory Tower (Cambridge University Press, 2009), I examined anti-Semitism in the American mainstream during the 1930s, showing how American universities helped Nazi Germany enhance its image in the United States. I have been struck by how the far left’s virulent anti-Zionism – laced with anti-Semitism – has been given a platform and increasingly legitimized on contemporary American campuses, just as many American universities proved receptive to Nazi apologetics and anti-Semitic propaganda during the 1930s.

Both the far left and the far right have drawn on anti-Jewish concepts that were long taught and emphasized in Christian theology. For example, the far left, with occasional exceptions, denied Jews’ legitimacy as a people. Like the Christian Bible, which portrays the Temple as permeated with money-changing, the far left characterized Jews as parasites devoted to materialism. It saw Jews as concentrated in a dying social class, the petty bourgeoisie, which relied on illicit methods to squeeze out profits.

In his 1844 essay On the Jewish Question, Karl Marx himself mocked Judaism and Jews in the manner of many Christian theologians, declaring that “money is the jealous god of Israel, in face of which no other god may exist.” He claimed that “huckstering” was the Jews’ “worldly religion.” Christian theological antisemitism was so deeply embedded in Western culture that the secular far left never escaped its influence.

Antisemitism and the American Far Left is the first systematic study of the American far left’s role in promoting anti-Semitism (and at times combating it). The book covers the Communist Party (CP) from 1920 onward, tracing all of its often sudden and dramatic shifts in approach and response to anti-Semitism and Israel; the role of Trotskyists; the new left and its black nationalist allies; and the contemporary remnants of the new left.

I analyze the deficiencies of the far left’s explanations of Nazism and the Holocaust, marred by its commitment to a simplistic class analysis. The far left ignored anti-Semitism’s deep roots in Christian theology and culture, claiming that the ruling class merely propagated it to deflect working-class anger and undermine unity among the masses.

The American CP depicted inherently progressive German workers recoiling in shock at the murderous rampage against the Jews on Kristallnacht. During the period of the Molotov-von Ribbentrop Pact (1939-41), which opened the way for the German invasion of Poland, ghettoization, and mass slaughter of Jews, the CP knowingly backed Soviet assistance to Germany’s military and economy, thereby helping the Nazis carry out their war against the Jews.

The Trotskyists, for their part, universalized the Holocaust, denying the uniqueness of the Jewish experience, and claimed a moral equivalence between Allied bombing of the Germans and Nazi atrocities against the Jews. Alarmingly, these views have been absorbed by the mainstream and appear as fact in many leading American history textbooks and newspapers.

My book also explores far left attitudes toward militant Islam; how, for example, the CP’s support for the horrific Arab pogroms against the Jews across Palestine in 1929 set a precedent for the new left’s endorsement of Palestinian terrorism in the late 1960s.

During the 1930s and after World War II, the CP did at times condemn Arab anti-Semitism. The later new leftists, however, products of a school system that gave almost no attention to anti-Semitism or the Holocaust, showed no interest in the persecution of Jews in Arab lands. Like the earlier Communists who claimed there was no anti-Semitism in the Soviet Union, these younger radicals, following the lead of the Palestinian guerillas, denied the existence of Arab anti-Semitism in the Middle East. 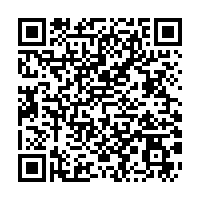