One-hundred and thirteen years ago, Rudyard Kipling wrote a poem about the American enterprise in the Philippines. The title of that poem has since become a byword for racist colonialism and yet its text is a sardonic recitation of the dim virtues of the “Savage wars of peace.”

“Go bind your sons to exile, To serve your captives’ need;” Kipling wrote. “To seek another’s profit, And work another’s gain. Fill full the mouth of Famine, And bid the sickness cease.”


This moral imperialism has never gone away, though it is no longer thought of in racial terms. For over a hundred years, the United States has gone on trying to feed and cure the world, sacrificing for others and seeing nothing in return.

The burden has been internalized, its concept not racial, but moral. The lack of empire has not lessened it. That absence of a physical empire, of conquered provinces and colonies administered with the whip has only strengthened the might of the moral empire. And the savage wars of peace go on in places like Afghanistan and Iraq where we fight desperately to save the natives from themselves.

The liberal man’s burden is the United Nations. It is the obligation to universalize national greatness by extending it around the world through a moral empire. An empire of the progressive spirit that sweeps aside the old for the new, that makes the world over in a liberal image and a liberal template. The moral empire with the world as its consensual subjects whose conquests are achieved through the transcendent superiority of its modernity and humanity.

The Pax Americana is grounded in this notion of a moral empire. Russia or China may rule territories by force, but America expands its influence by exporting the virtues of its culture. Democracy and human rights are shipped overseas, wrapped in ribbons of international law, and soon enough the world is full of Pakistani Americans, Libyan Americans, Sudanese Americans and a horde of others who are happy to rule themselves under the systems of our moral colonialism. And once this is done then we will all be living in a truly Post-American world in which there will be no need for America because we will all be Americans.

American policymakers ask themselves why the people of another nation are still not Americans and then they set out to remove those obstacles, sending food, curing disease and gifting money to take care of physical needs, and removing dictators, enabling elections and instituting free market reforms to set aside any political repression. And if their theory were correct, then once that was done the people would be Americans. Instead they remain what they are and the policymakers remain baffled.

Introducing democracy to the Muslim world has not made it American, has not made it respectful of human rights or tolerant of dissent. It is possible to be a democracy and own slaves. It is certainly possible to be a democracy and treat non-Muslims as subhuman creatures to be beaten whenever the economy turns bad. Democracy is no defense against that sort of behavior. Character is and that cannot be exported along with election monitors and purple fingers.

Systems can be exported, but not assumptions and that is where the liberal man’s burden always goes wrong, because he believes that he is exporting his virtues, when he is only exporting his systems. And his systems are only expressions of his virtues, they are not his virtues. It is possible to export a CD full of Mozart symphonies, but not the ability to compose those symphonies. Similarly we can send out copies of the Constitution, but not the minds that created and maintained such a document.

The moral empire proves even more fragile than the physical empire, for it depends on the export of virtues. And for those virtues which cannot be exported, American soldiers go to the cities and deserts of other lands and mark them with their living and dead. And for those virtues, teachers, aid workers, diplomats and a thousand others go to export the unexportable, they try to bring Mozart to Pakistan and rather than learning to compose symphonies, the natives kill Mozart and leave his body in a ditch. 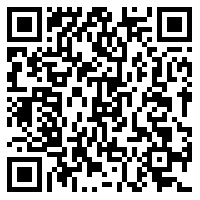