This year, Holocaust Remembrance Day is the anniversary of two starkly contrasting events of April 19, 1943 – the first day of the gallant but doomed Warsaw Ghetto uprising and of the ignominious Anglo-American Bermuda Conference on the Refugee Problem, which State Department diplomats organized to deflect pressure to rescue Jews from the Nazi death machine.

Most of the Jewish fighters in the Warsaw Ghetto perished but the American diplomats went on to comfortable, if not highly successful, careers – and to largely avoid the wrath of historical judgment.

One might ask, given all of the articles and books written about the American response to the Holocaust, hasn’t the diplomats’ role been thoroughly examined? Remarkably, the answer is no, not because their conduct has been ignored but rather because it has been submerged in the American collective guilt approach that underpins many historical assessments.

Consider the State Department’s treatment in arguably the most influential book on the subject of the past twenty-five years, The Abandonment of the Jews, by David Wyman, an exhaustive scholarly study of the American response. The 29-page summation chapter titled “Responsibility” (“America’s response to the Holocaust was the result of action and inaction on the part of many people”) devotes less than a page to the State Department, while three full pages are spent on the wartime rivalries of American Jewish groups. The book also contends that “direct proof of anti-Semitism in the department is limited” and that “plain bureaucratic inefficiency” was one explanation for the State Department’s behavior.

These highly educated, patrician diplomats, in fact, rank among the worst villains in American history. They were part of a now all-but-vanished American aristocracy that existed outside the experience or even awareness of most of their fellow Americans.

Sheltered in a hermetically sealed aristocratic archipelago, many went from elite northeast boarding schools to Ivy League educations to diplomatic postings. Imbued with an intoxicating sense of Anglo-Saxon exceptionalism, anti-Semitic (sometimes virulently), and mindlessly conformist (at the Groton School, many of whose graduates went to the State Department, nonconformists were waterboarded by fellow students with the approval of the headmaster), they had a heartless indifference to the sufferings of human beings from different ancestries, religions, or economic classes.

In 1940, the head of the Division of European Affairs was Jay Pierrepont Moffat. As a young diplomat in Warsaw shortly after the end of World War I, Moffat had watched desperate refugees flee oncoming Soviet armies: “they sounded like so many cackling geese and generally behaved in a manner that made us pray like the pharisee, ‘Lord, I thank Thee that I am not as other men.’ ”

His successor, Ray Atherton, arranged for an anti-Semitic French Nazi collaborationist to become a governor-general in liberated North Africa (where he continued to oppress Jews).

Loy Henderson, who worked in the State Department on East European issues in the 1940s, blamed “international Jewry” for support of the Soviet Union and, after a visit to New York City, commented of the inhabitants jostling him in the street that “They seemed to have little in common with me.”

William Phillips, an undersecretary of state, in the 1930s described Atlantic City as “infested with Jews.”

William Bullitt, an ambassador to the Soviet Union during FDR’s first term, called an official in the Soviet Foreign Ministry a “wretched little kike.”

Breckinridge Long, a wartime assistant secretary of state, regarded Mein Kampf as “eloquent in opposition to Jewry and Jews as exponents of Communism and chaos.”

They were lethally efficient bureaucratic operators. In 1942, when the first cable reports of Nazi Germany’s genocidal scheme reached the State Department from its legation in Switzerland – “in Fuhrer’s headquarters plan under consideration all Jews at one blow exterminated” – the Division of European Affairs suppressed the information (even from American Jews). Then, in early 1943, when informed by the legation that 6,000 Jews were being killed each day at a single location in Poland, the division’s head, Ray Atherton, and three colleagues instructed the legation “in the future we suggest that you do not accept reports submitted to you” from the legation’s Jewish sources about the exterminations.

Several months later, the division blocked a proposal, endorsed by FDR, to rescue 70,000 Romanian Jews on the ground that these Jews were “enemy aliens” since Romania was a German ally, and that, even if the rescue succeeded, there were no “other areas” to put the Jews.

Finally, at the Bermuda Conference, a “facade for inaction,” as a British delegate admitted years later, Breckenridge Long forbade any proposals that would solely benefit Jews and blocked any meaningful rescue initiatives.

Christian lawyers in the Treasury Department discovered the State Department’s cover-up and battled to save the Romanian rescue plan. Outraged, they considered the diplomats an underground “movement to let the Jews be killed,” “vicious men,” “accomplices of Hitler,” and “war criminals in every sense of the term.” Few historians have rendered such a judgment. 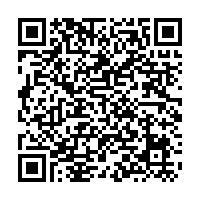