The news that a Mormon temple in the Dominican Republic recently conducted a posthumous proxy baptism of Anne Frank, the most famous diarist of the Holocaust, undoubtedly will cause some offense in the Jewish community. Evidently the baptizers believe they were saving Anne’s soul. Of greater significance, however, is what Mormons tried to do to save Anne’s life.

Millions of Americans know the story of the German Jewish teenager who hid for more than two years in an Amsterdam attic until she and her family were discovered by the Nazis and sent to the death camps. Anne Frank’s heartbreaking diary is required reading in schools throughout the United States.

What was not known, until a few years ago, is that before they went into hiding, the Franks requested permission to immigrate to the United States but were turned away. Anne’s mother, Edith, wrote to a friend in 1939, “I believe that all Germany’s Jews are looking around the world, but can find nowhere to go.”

Immigration to the U.S. was determined by quotas that had been set up in the 1920s to reduce the number of “undesirable” immigrants – particularly Jews and Italians. Even those quotas were almost never filled because the Roosevelt administration imposed bureaucratic obstacles designed to disqualify visa applicants. As a result, during the Holocaust, only 10 percent of the quotas from Axis-controlled European countries were utilized – and nearly 190,000 quota places went unused.

Most Americans opposed more immigration. Fear of foreigners and the difficulties of the Great Depression hardened many hearts. But there were exceptions. One was the most famous and influential Mormon in America, Sen. William H. King, Democrat of Utah. In early 1939, refugee advocates in Congress proposed legislation to admit 20,000 German Jewish refugee children outside the quota system. One of the children who theoretically could have qualified to come to the U.S. under the bill was Anne Frank. Senator King supported the bill, although that meant defying most of his Democratic colleagues, as well as President Roosevelt.

Laura Delano Houghteling, a cousin of FDR and wife of the U.S. commissioner of immigration, typified opposition to the bill when she remarked that “Twenty thousand charming children would all too soon grow up into 20,000 ugly adults.”

Unfortunately, Houghteling’s sentiment carried the day. The legislation was buried. On May 10, 1940, Germany invaded the Netherlands and completed its conquest in five days. Trapped under the heel of the Nazi jackboot, the Franks and other Jews in Holland now found themselves in an increasingly desperate position.

Coincidentally, that same week in Washington, the U.S. House of Representatives held hearings on legislation sponsored by Senator King to open Alaska to European Jewish refugees. This bill, too, might have enabled Anne Frank and her family to come to America.

Sparsely populated and strategically located, Alaska was in urgent need of development. Immigrant laborers could serve a vital national purpose. The Labor Department and the Interior Department endorsed King’s bill. But President Roosevelt told Interior Secretary Harold Ickes he would support only a watered-down version of the plan in which just 10 percent of the workers would be Jews, so as “to avoid the undoubted criticism that we would be subjected to if there were an undue proportion of Jews.”

The State Department and anti-immigration groups strongly opposed using Alaska for the resettlement of any refugees, and Roosevelt soon dropped the whole idea. The bill went nowhere.

Meanwhile, throughout 1941, Otto Frank continued writing to American friends and relatives, and U.S. government officials, in the hope of securing permission for his family to immigrate.

Little did he know the Roosevelt administration was quietly inventing new ways to shut the nation’s doors even tighter. In the summer of 1941, the State Department began automatically disqualifying all visa applicants who had “close relatives” in occupied Europe – on the specious theory that the Nazis might hold the relatives as hostage to blackmail the emigrants into becoming Axis spies. (No such spies were ever discovered.)

The new regulation may have disqualified the Franks, since one of their “close relatives,” Anne’s paternal grandmother, Rosa Stern Hollander, was ill with cancer in late 1941 and probably would not have been able to make the cross-Atlantic journey.

William H. King concluded his Senate service in 1941 and returned to Utah having failed to open America’s doors to European Jewish refugees – but not for lack of trying. His state had few Jewish voters, and his party was largely against more immigration, but King was driven by his Mormon faith to aid the downtrodden. Another Mormon U.S. senator from Utah, Democrat Elbert Thomas, would soon pick up where King left off and help lead the campaign to rescue Jews from the Nazis in the 1940s.

Anne Frank occupies a special place in the hearts of Jews, and any affront to her memory naturally arouses Jewish ire. Some members of the Jewish community have even urged presidential candidate Mitt Romney, today America’s best-known Mormon, to speak out against posthumous baptisms of Holocaust victims. 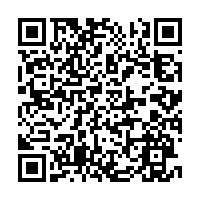