“The holiday of Purim will never be abolished. Even at the end of days when all commemorations of our travails will not apply, the Book of Esther will be like the Five Books of Moses and last for all eternity.” (Rambam, Laws of Megillah, 2:18).

Why is Purim eternal?


I would suggest that Purim is the prototype of the End of Exile, and as such will remain forever linked to the Era of Mashiach that will occur after the Final Redemption. Therefore, Purim will be part of that entire period at the culmination of history.

And the fact is, we are living it – the events of Purim are the events of today. Purim is different from any other Redemption. Achashveirosh’s domain encompassed the world (Megillah 11b). There was apparently no escape for the Jews; every place was ruled by our enemies.

Today it is the same. Just as the Jews in Shushan haBira were completely surrounded, so are we, wherever we may be. Throughout history we have faced countless dangers, but there was always a place to run. Even during the twentieth century’s world wars, there were places where Jews were safe. It may not have been possible for every Jew to reach those places, but Jews there were safe.

Today, whether we like it or not, there is no place to run.

“In the final war of which the prophets spoke, all of the nations of the world will simultaneously rise up against us. It will be clear to all that there is no possibility of our survival by any natural means” (Redemption Unfolding by Rabbi A. A. Mandelbaum).

The events of Purim resemble the final days of the present Exile. Rabbi Moshe Shapira explains: “Haman received authorization from a king who ruled over the entire world…. Therefore the Jews had no possibility of fighting against Haman. They could not expect any place of refuge, since the entire world was against them” (Redemption Unfolding).

Since this scenario prevails now, Purim offers us direction. To be brutally frank, we should understand that unless we adopt the protective measures shown to us in the days of Mordechai and Esther, our lives are in danger.

Recently Rav Moshe Wolfson, revered mashgiach of Yeshiva Torah Vodaath and rav of Emunas Yisroel in Boro Park, spoke about the current situation. “The leader in Iran says clearly…that he wants to kill, rachmana litzlan, every Yid in the world, just like Haman. If he will be successful, chas v’shalom, in getting the nuclear bomb – and experts say he will have it by the summer – it will be a great danger for Klal Yisrael.”

Rav Wolfson quoted the Midrash that says, “the year when Mashiach will come, all nations will battle each other,” and he asked, “Why are we quiet? Where is the awakening? Why is everyone so apathetic?…. We have to pierce the heavens for rachamim from the Ribbono shel Olam.”

He added that we need not panic.

Indeed, it is clear from Megillas Esther that we do not have to panic – but only if we understand the serious nature of the situation.

Queen Esther said, “Go, assemble all the Jews…in Shushan, and fast for me” (Megillas Esther 4:16).

They did assemble. They did fast.

If we are sufficiently frightened, we will also “assemble” and “fast.” We can bring about the Final Redemption if – but only if – we too follow Queen Esther’s advice.

If we believed that in “the year when Mashiach will come, all nations will battle each other,” wouldn’t we be acting differently? Wouldn’t we be desperately seeking to unite? Wouldn’t we pray and learn with lifesaving intensity?

If we rush out after davening, if we start shmoozing and acting “normal” as soon as we finish “Aleinu,” then something is wrong. It means we have already forgotten those tefillos. It means we are not shaking from the realization that we have been standing before the Ribbono shel Olam and screaming for our lives.

Purim is upon us. We have the opportunity to enter a world of eternal simcha. But in order to enter that world, we have to take our present world seriously. We are in terrible danger. Our entire way of life is threatened. But we have a way out, and it is all spelled out for us in the megillah.

May this be the year we not only say but experience – as our ancestors experienced in the days of Mordechai and Esther – the declaration that “the Jews had light and gladness and joy and honor.” 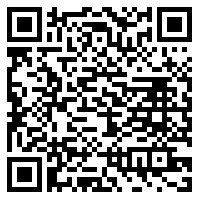