In recent weeks, several newspapers in Israel and North America (like The Jerusalem Post, Makor Rishon weekly and Tablet magazine) have published lists of the “most influential” or “most prominent” Jews.


The lists are mostly a hodge-podge of the wealthy, powerful, organizationally-positioned, and pop-culture famous; and this disappoints me. So I’ve decided to draw-up my own list of “most interesting” Jews for 5777.

“Interesting” in my book means profound, provocative and positive.

It’s useful to draw attention to people who are deeply reflective, substantive, and in the long-term achieving something intellectually significant for the Jewish People. And while I admire philanthropists; like movies; and am passionate about some sports, there is little need to make the extra effort to promote these people.

It’s also clear to me that most of the people drawing up the celebrity lists are insufficiently familiar with the religious Jewish communities of America and Israel; and they underestimate the increasing importance of religious Jews in the Jewish future. Thus some of the boldest and consequential figures in these communities are perennially under-represented. So I’ve weighted my list with religious public figures.

Therefore, without any ranking, I offer the following list of 20 interesting Jews to follow over the coming year.

* Roni Alsheich. New Commissioner of the Israel Police, and former deputy chief of the General Security Services (Shabak). He is out to police the badly-corrupted police, reforming its institutional culture by introducing modesty and honesty. Already he has shut down the incessant, outrageous, politicized leaking from police investigations.

* Dr. Nadine Baudot-Trajtenberg. Deputy Governor of the Bank of Israel, and former chief economist of Bank Hapoalim. One of the most sophisticated analysts of the Israeli economy, and an outstanding ambassador for Israel in global monetary and financial circles (in many languages).

* Rabbi Yuval Cherlow. Name me an issue on the public policy agenda, from bio-ethics to gender issues to morality in the army, and you’ll find the thoughtful voice of Rav Yuval from the hesder yeshiva in Raanana in the debate. An exemplar of connected, concerned, articulate Torah leadership in the modern world.

* Avi Dichter. Now head of the Knesset Foreign Affairs and Defense Committee, the former Shabak head and Minister of Internal Security sounds much wiser and deeper than most of his former Kadima or current Likud colleagues on Palestinian issues. Dichter is moving up.

* Yuli Edelstein. The Knesset speaker holds both a heroic past and bright political future. His diplomatic demeanor is married to solidly nationalistic ideological roots; a winning combination.

* Shimon Fogel. Long-time CEO of the Canadian Jewish community’s central advocacy organization (known as CIJA), he has pioneered new approaches in hasbara, from the “shared values” approach to the “buycott” to beat BDS. Respected on all sides of the parliamentary aisles, he is and should gain greater global prominence.

* Prof. Ruth Gavison and Rabbi Yaakov Medan. The Hebrew University jurist/ human rights leader and her yeshiva dean/Bible scholar colleague still believe that the “covenant” they crafted years ago for a new secular-religious status quo is resonant and relevant, and I think they’re right. Over the coming year, look for a resurgence of these two brave leaders and their bold proposals.

* Joseph Gitler. Founder of Leket Israel, the National Food Bank, which last year collected and delivered over 30 million pounds of fresh, healthy food for the needy. This means that 175,000 Israelis are fed weekly through 195 nonprofit Leket partners. The vivid face of smart Israeli philanthropy.

* Gershon Hacohen. The longest-serving general in the IDF (41 years) until his retirement last year, he is becoming one of the most provocative defense and diplomatic analysts in the public sphere. His approach is decidedly messianic, even Marxist; meaning that Israel should buckle-down for long-term struggle over the Land of Israel, while rejecting simplistic, unworkable and undesired binary proposals for dividing the land.

* Prof. Efraim Inbar. Founding director of the Begin-Sadat Center for Strategic Studies, who over 25 years turned the center into a think-tank of international renown and real policy heft. While he is about to hand the post over to a colleague, watch for Inbar’s prominence in Jerusalem to grow.

* Prof. Moshe Koppel. Founder of the Kohelet Policy Forum in Jerusalem, which is leading efforts for constitutional and economic reforms with a conservative bent. This plucky math professor’s think tank is increasingly influential on legislation ranging from the “nation-state law” to marketing cartels.

* Cynthia Ozick. This 88 year old American Jewish novelist and literary critic is battle-ready and penetrating in her analyses, and a master of the most transcendent language. Her newest collection of essays deconstructs vanity, political correctness, and bottomless currents of anti-Semitism that run through contemporary literature.

* Eliezer Rosenfeld. Popular Chassidic band leader, who has parleyed his personal tragedy (two of his impressive sons were killed, one in a terrorist attack in 2015) into an inspirational speaking and singing career marked by determination and hopefulness. The epitome of optimism – no less so, and much more well-grounded, than the celebrated “optimism” of Shimon Peres.

* Kurt Rothschild. The 96-year old World Mizrachi chairman still shows up in his Jerusalem office every day to preside over a lifetime of philanthropic and community activities. Every institution in the Religious Zionist world, from the poorest to the most prominent, has benefitted from Kurt’s wise counsel and assistance. One of the sharpest, most indefatigable and loyal soldiers the Jewish People has had over the past century.

* Rabbi Dr. Lord Jonathan Sacks. The former British chief rabbi is the most unique expositor of Judaism of our times. He combines profound Torah insight with breathtaking knowledge of broad intellectual disciplines. Through his prolific literary output he continues to demonstrate how relevant religion is to the modern troubled age; and how spiritual and social cohesion can be synthesized with respect for liberty of conscience.

* Ayelet Shaked. The intrepid justice minister is emerging as one of our canniest politicians and genuine thought leaders. Read her lead essay in the first issue of the new policy and ideas Hebrew journal, Hashiloach.

* Prof. Chaim Sukenik. President of the Jerusalem College of Technology (which incorporates Machon Lev, Machon Tal and more). Among other projects, JCT is leading the integration of the Ultra-Orthodox in higher education, with grit and sensitivity. A herculean task!

* Rabbi Asher Weiss. Probably the only Ultra-Orthodox scholar and halachic decisor who is truly respected in the Lithuanian, Hassidic and Religious Zionist worlds simultaneously, in Israel and around the Jewish world. He is also unique in understanding the need for meaningful structural transformations in the Haredi world. 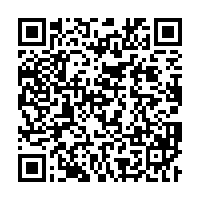