The body of a missing Israeli citizen has been found in Hungary, according to Israeli government officials.

The family of Ofir Gross, 40, is traveling to Hungary to identify the body, which was found in a forest.


Gross, a resident of Jerusalem, was learning medical engineering in Germany when he disappeared from Debrecen while on a fishing trip more than a week ago. He had flown to Budapest and contacted his family last Thursday before the start of the Passover holiday.

Initial findings indicate that he may have been murdered, according to a report by the Hebrew-language Ynet website.

An eyewitness quoted by the Hungarian consul apparently last saw Gross drinking beer at a local bar. The witness alleged that Ofir had said he did not want to order food because “it was expensive” and also declined to take a hotel room for the same reason.

Israel’s Channel 2 television news interviewed Gross’s sister, who said her parents had spoken with their son, who said he was going to stay on a couch at the home of a local man.

The family has no idea whether he ever reached that destination, however. “It’s a terrible fear,” his sister told the news outlet. 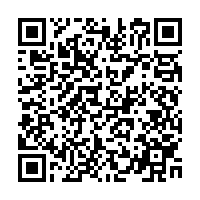